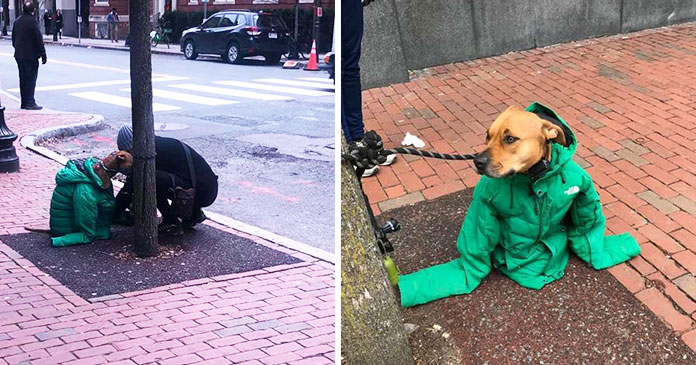 Be kind whenever possible and it is always possible. This quote has been proved right by this kind-hearted woman who took her own jacket to help the shivering dog.

This kind of activity done by that woman was caught on the camera near the post office. Kristina Hollie from Harvard Square in Cambridge was waiting for the bus with her friends when she witnessed the beautiful moment. She saw a woman with her dog. 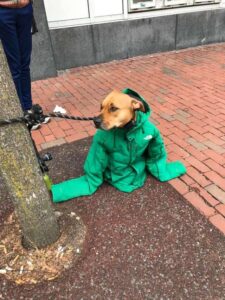 The day was very cold and cloudy. The dog felt cold and began to shake. The woman without thinking took out her jacket and covered the dog. This lovely scene melted her heart and she was able to capture the beautiful moment between the dog and the kind-hearted woman.

Kristina said that it was really a cold and windy day and the dog was shaking. The woman also noticed that her dog was shaking and she immediately took her jacket to give it to the dog. She even thought the dog might not keep it so she bent down and zipped it up around him. 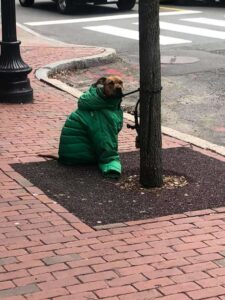 Kristina further said that when she got up to go, she told her that what she did was incredibly sweet and thoughtful. The woman said thank you and further added that she did not want him to be cold.

Really at times, people impress us with their kindness. What the woman did was exceptionally good and caring. It sets a good example for everyone.