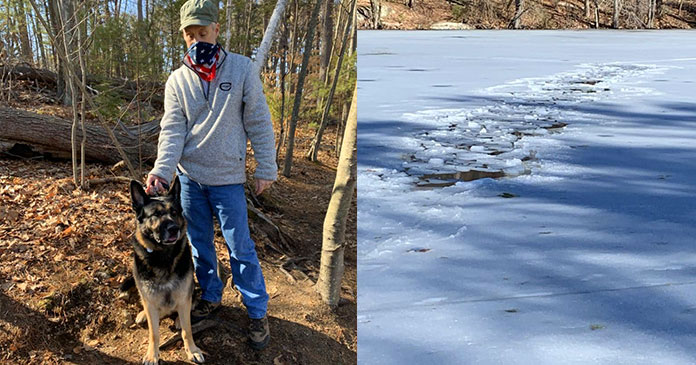 At once they come to know what’s going to happen. They can sense the sadness and depression which the person is facing.

Here the incident is of the dog named Diesel who turned out to be a hero when he alerted the owner about a man who was trapped in an icy pond and saved his life.

One day the owner Tom Walsh and his dog Diesel, the 5-year-old German shepherd was walking past Quarter Mile Pond in Stoneham, Massachusetts when suddenly his dog started barking. 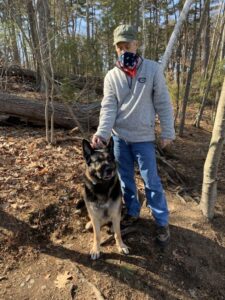 Seeing his dog barking, Walsh stopped to see if any danger is there. Soon he realized a young man calling for help who was trapped in the middle of the icy pond.

Actually, that man rode his bike across the icy pond but unfortunately, he fell into the cold water. He was frightened and started shouting for help. Walsh was unable to hear the crying of the man because he was wearing headphones. But Diesel heard his cries. 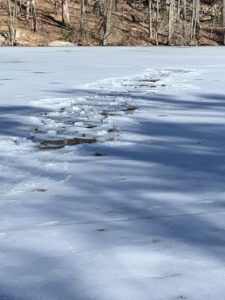 Walsh then called 911 and then he took the help of another man, they threw a tree branch at the young man and they were able to pull him safely to the shore.

Then the man was taken to the local hospital to treat his injuries. Good and smart boy Diesel saved the life of humans with his intelligence and sensing power. watch video