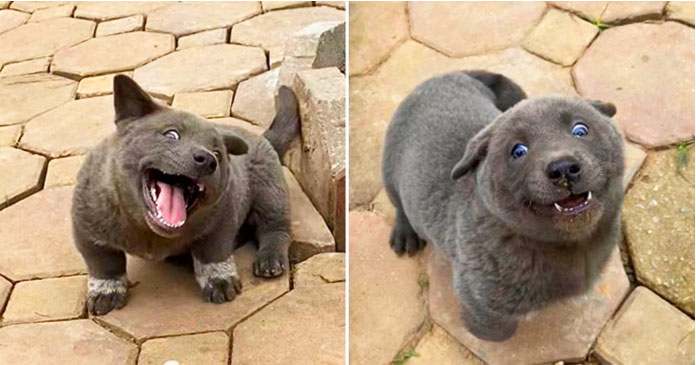 We are often referred to as dog person or cat person on account of our domesticated pet animal preference. But there are many people who love both dogs and cats.

At times we are in such a situation that we can’t handle two pets at a time and we have to take that harsh decision. Here is a solution in the form of a puppy that looks both like a dog as well as a cat. It looks like a cross between a cat and a dog. 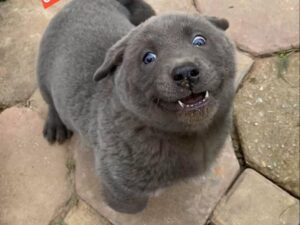 The dog is quite unusual as it looks like a cat is having a dog’s face. Many people online feel that the dog seems to change from cat to dog depending on the photo. People are making funny comments like it is Corgi mixed with a British shorthair cat.

The name of this little boy is Dui and his unique look is a result of a mix of rare breeds. The dog lives in Vietnam with his owners Hai Anh and Tuan. 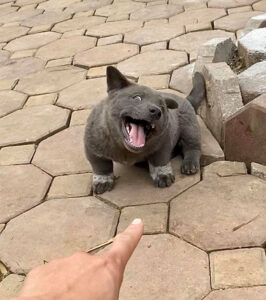 According to Hai Anh, the dog is a mix of a native dog breed (Hmong) and a short-legged dog called Dingo. And it also has gene mutation.

The dog has some funny weird expressions. Due to its appearance, the dog has become an online sensation both in his native country and beyond. Hai Anh said that they made Dui’s fan page and within five days, it has more than 40K likes. 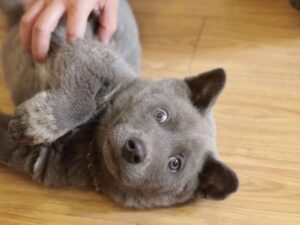 His Facebook page currently has over 232,000 followers. Though the dog has become a celebrity, yet it is a normal happy dog who loves to play with both humans and dog friends.

Really Dui is a very unique and funny dog.