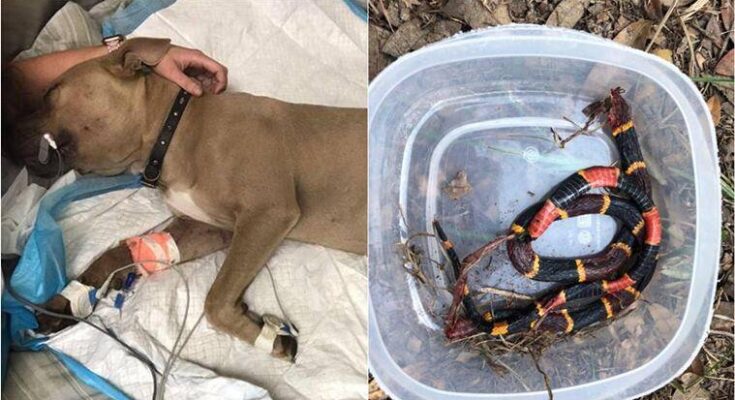 The loyalty of dogs is their natural behavior. They are social creatures who love to live with other animals. Dogs could be trained to perform different works. But sometimes some dogs just end up being the heroes as they come forward to protect someone.

They are ready to do anything for their family and even did not care to sacrifice their life. Here is the story of a dog who laid down his life only to save the kids from the snake. 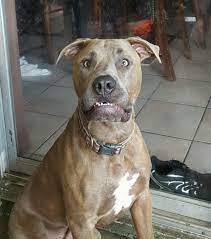 The name of the dog was Zeus who was just 8 months old when he sniffed danger and sacrificed his life. The couple mourns his loss but they are grateful to the dog who saved their kids’ life.

The dog was playing outside in the yard of the home in Sumter County, Florida when he started throwing something like a rope around in his teeth. Then he laid on the floor and looked unwell.

Actually, he was bitten by the coral snake. He saw a snake coming towards the kid and he jumped in to protect him. These coral snakes possess very powerful venoms and their bite can paralyze the breathing muscles of the victim. 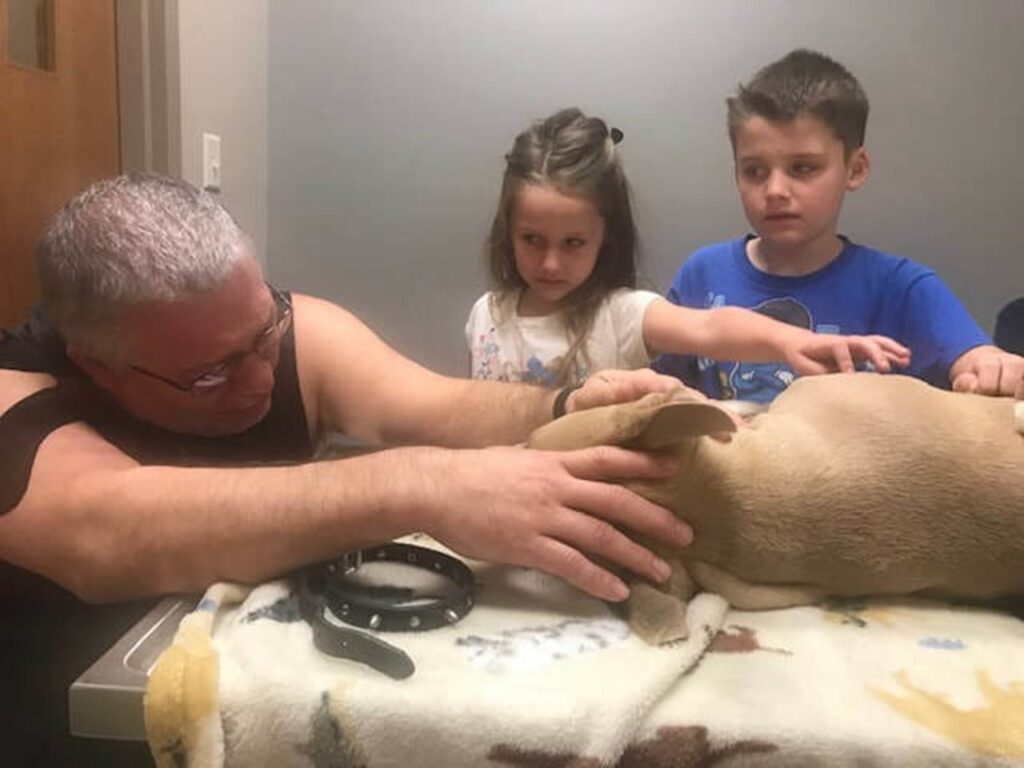 When Zeus saw the snake approaching, he came to action immediately and started attacking the snake. In this process, he was bitten four times. His mom Gina immediately took Zeus to the vet. Though they took him immediately to the vet yet Zeus could not be saved.

It was a huge loss for the family and the family said that they owe their son’s life to the dog who their family member and his death had devastated the family. Rest in peace Zeus. You died as a hero.