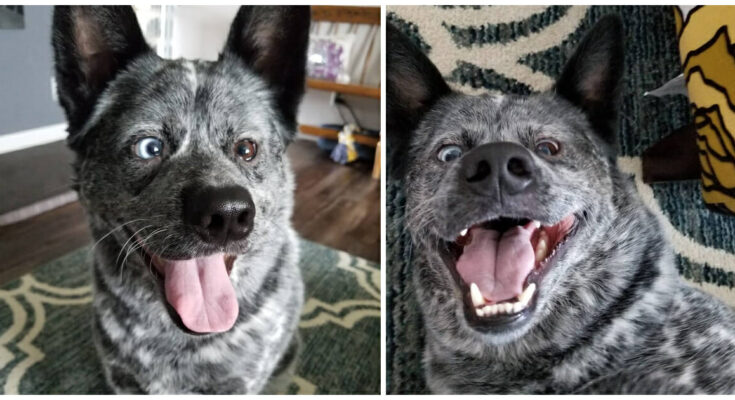 Dogs suffering from disabilities and any medical conditions often have a very hard time. There is always a risk of these animals being killed for mercy or abandoned by their owners. It is a big challenge to look after such dogs. 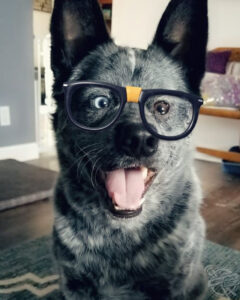 His story is like this, back in  2016 one lady named Jennifer Osborne saw a strange dog named Moose who had a fixed smile on his face and a big underbite. She came to know that it was due to a medical deformity that Moose had since birth. His brain was missing parts since birth.

According to Jennifer, when Moose was in the womb, his nose was pushed into his skull which caused the underbite curved nose, his skull and brain were not formed properly and he suffered from eye issues also.

When Jennifer saw the dog she immediately fell in love with the dog and she was worried that Moose should not be adopted by the wrong person as he requires special attention. So she decided to adopt Moose.

Jennifer told that Moose suffered from seizures that affect his body and brain. In order to find out more about his medical condition, she got his MRI done. In it, it was revealed that the dog did not have a forehead and sinuses and there was a cyst in the brain where it is missing. 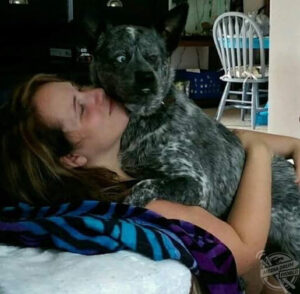 Though the dog’s seizures would continue his whole life, it would not affect his life expectancy. Jennifer is ready to go to any extend for the benefit of the dog. In spite of everything, he is a very happy dog.

We feel grateful towards Jennifer who is doing great only to make her dog’s life comfortable. We feel happy that Moose is doing well.