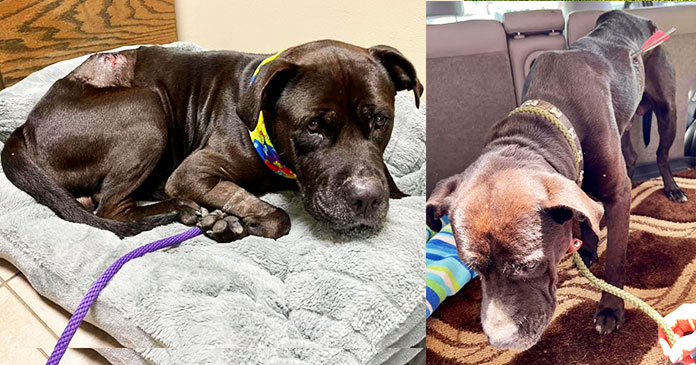 It is quite shocking to know how bad some people could be to the dogs. Stray dogs often become victims of such harsh crimes. They are not treated well for no fault of theirs.Like here is a story of a dog that was shot by an arrow by someone. It is sheer luck that the dog survived and is now recovering. The police are searching for the person who did it.

According to the Courier of Montgomery County, local authorities found a stray dog wounded with an arrow in its stomach. The dog was suffering his arrow wounds for many days. Montgomery County Animal Shelter treated the wounds of the dog.

The dog is named Zorro as he survived the attack of the arrow. Despite the terrible incident, Zorro had recovered. Antibiotic and laser therapies were given to him. The dog is in high spirits and is described as a sweet dog. The dog is doing well and he is resting most of the time.

Soon, Zorro will recover and he will find a good home. While the police are searching for the person who did this, someone had even offered a reward of $1,000 for the information that leads to the arrest of the person responsible.

We wish Zorro the dog a speedy recovery and feel that he should be well soon and find a forever home for himself.