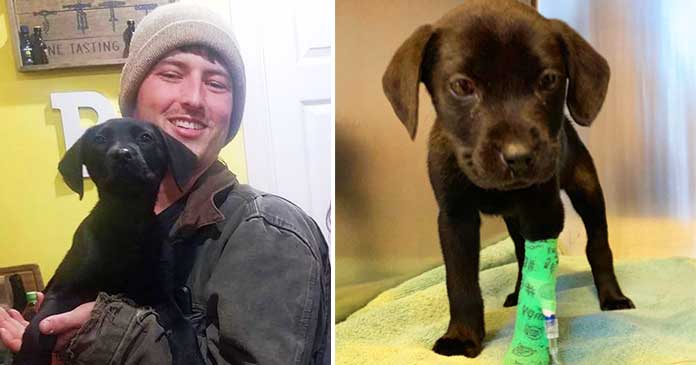 Sometimes when we see an animal, we feel that this animal is like us and we are attracted to it. We feel that we have similarities and we are alike. We started feeling connected with them.

The same thing happened to Nick Abbott who came across a Facebook post that was asking to find a forever home for the black lab mix named Emerson. According to Abbott, he was right away drawn to the similarities that he shared with animals. He felt he could understand him.

When Emerson was just six weeks, he was saved from a shelter in Florida and he was transferred to NFR Maine, which is a foster-based rescue. At that time he was not able to run and he was captured by seizures and was also diagnosed with canine parvovirus which is a highly contagious infection. 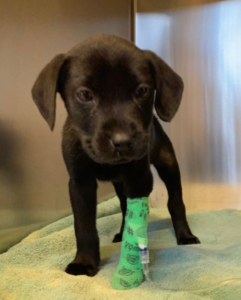 It was his sheer luck that he survived but there was something that was affected and it was that he suffered from partial hearing loss. According to Lindsay Powers of NFR Maine, that thing did not bother him and he was a typical puppy.

After some recovery, Emerson was put up for adoption and when Powers saw that application it stuck to him. Abbott said that he himself was deaf so felt the good connection. So Powers was impressed and arranged the meeting between the two.

According to Nick’s mother both of them shared an amazing relationship and when both of them are together, Emerson always finds a way to lean on Nick. After the adoption, Nick also started an Instagram account where he is planning to post about their adventures.

Emerson is enjoying the best part of his life with his parent Nick. He would be able to overcome his disability. It is an amazing story and it should be shared to show that all animals should be given a chance no matter what.