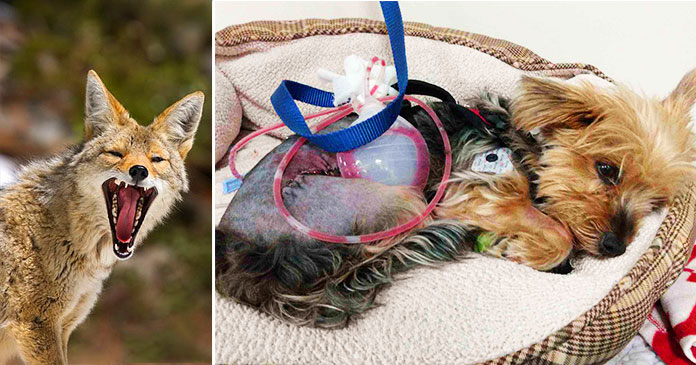 Nothing in this world is as special as the bond between a child and their dog. Dogs prove to be great companions for the kids and it is advised that every kid should have a dog. Dogs are loving partners who are ready to do anything for their parents and companions.

At times, they are willing to put themselves in danger to make sure that their owner is saved. So here is one tiny brave dog who defended her 10-year-old owner from a coyote and she herself sustained injuries. 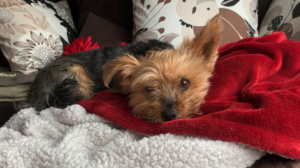 The name of the dog is Macy which is a six-year-old Yorkie mix. She lives with her owner Dorothy Kwan and her family in Scarborough, Toronto.

One day as Macy was out for a walk with her 10-year-old companion, things became as they came face to face with a wild coyote.

Here the dog acted as a hero protecting her owner’s daughter. The coyote attacked Macy but Macy continued to bark and eventually came as a winner as the coyote retreated when chased by a little canine.

She suffered serious injuries but she was successful and her owners were really proud of her. Dorothy told that she suffered injuries on her body and leg and she underwent surgery for her wounds at the emergency animal hospital. 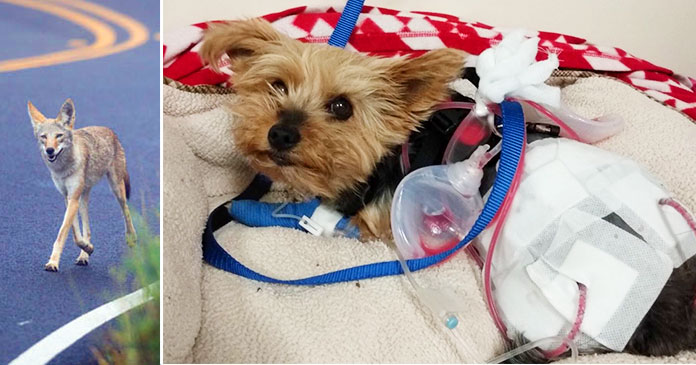 The treatment of Macy at the animal hospital cost them thousands so the family put up a GoFundMe page in order to raise money for her treatment. People came through the heroic story of Macy and donated. As a result, the page has nearly $20,000, which is double the amount of their goal.

The good news is that Macy is now recovering. According to Dorothy, her fever is gone and she got her appetite back. Really she is a brave little dog. We wish that she should make a fast recovery.