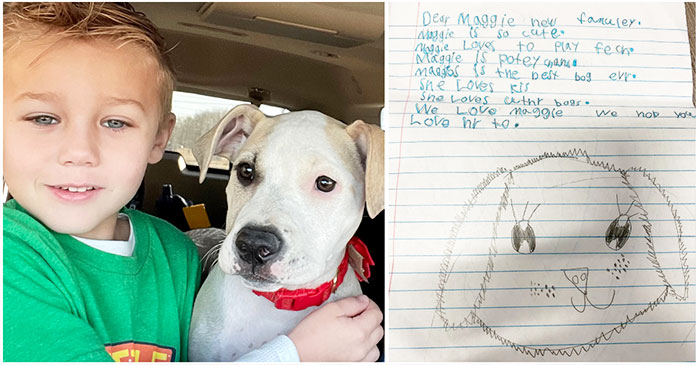 It is a great thing if one fosters a dog. It gives homeless pets a comfortable place to stay away from the shelter. In the foster, they receive lots of love and socialization as they look for a forever home. Though it is a great experience, yet parting with the foster dog is very hard for the parents.

They grew attached to the dog but they have one hope that the dog is going to a very good home. The same thing happened with one foster family where a little boy got so much attached to the puppy that he wrote a sweet note to the dog’s new family praising the dog as the best dog. 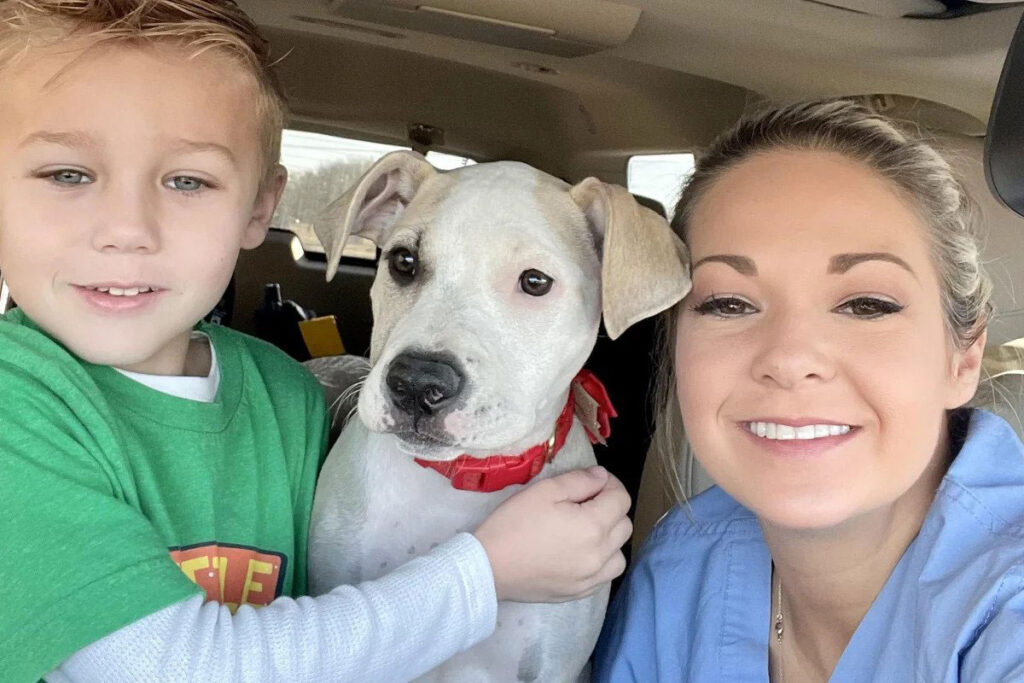 The name of the dog is Maggie which is a pit bull mix it was rescued by North Shore Animal League America which is a nonprofit rescue in Port Washington, New York. It was found stray and it was too young to be put for adoption so the organization decided to find a foster home for the pup.

Soon the dog found a perfect foster home with the Duncan family in Louisiana. The family loved the puppy, especially their six-year-old son, Roman. The family knew that the dog was not there forever so they made this thing clear to their son, Roman that Maggie was not going to live with them forever and the puppy will be sent to a new home.

Then also, the boy formed a close bond with Maggie in the holidays. He got to know the puppy, he learned how much the dog loved cuddling and playing fetch. So the time came to say goodbye and Maggie was sent back to the North Shore Animal League.

Roman knew that Maggie was going to get a new forever home so he wanted to make sure that Maggie was a very special dog. As she came to New York, NSALA came to know that Roman had sent some very adorable handwritten letters and drawings for Maggie’s new family. 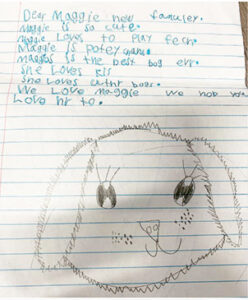 The letters show how Maggie is described as the “best dog you could ever ask for”. He even listed the number of things about the dog that she is potty trained and loves other dogs and loves kids. He even mentions that Maggie loves cuddles and playing fetch and most of all she loves to be loved. Roman has also made drawings of the puppy.

The managers at the North Shore Animal League were very much surprised and touched when they found those notes. They even made clear that they are asking the puppy’s new family to connect with Roman so that they can keep in touch. It is really great to know how much Roman cares for Maggie.