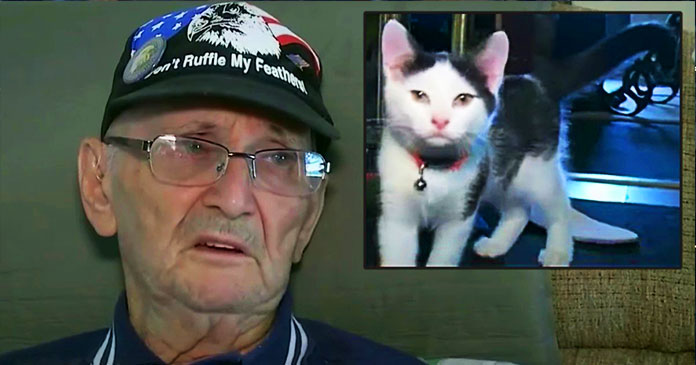 Our pets not only provide us with companionship but also help us when are caught in danger. They turn out to be our saviors.

Like for Ron Williams who is given a second life by his feline friend Fluffy. Ron is an army veteran and he lives alone in Michigan with his four-legged friend Fluffy.

He is 84 years old and finds it difficult to move around. He is fully dependent on his life alert device and on his cell phone if he ever gets in trouble. 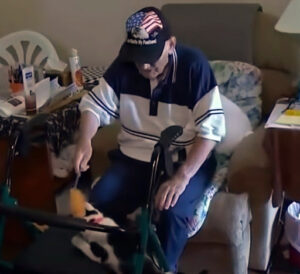 Fluffy was given to him by one of his friends. For Ron, it was love at first sight. He looked at the cat and was totally smitten by him. The feline friend turned out to be more than a companion to the elderly veteran when he fell down after getting out of the shower.

As he fell down, he landed in a position where he could not move and his life alert device and phone were out of reach. He spent the next 16 hours on the floor of the bathroom.

His arm was pinned under him and he was left with no choice but to lay in agony on the floor. He could only hope and pray that someone would find him before it was too late. Fortunately, Ron had a very smart cat around and the cat helped him.

From the very first day, Ron would spend his day talking to the cat. When the phone rang, he would tell the cat ring-a-ding. The cat was smart and understood what those words mean. 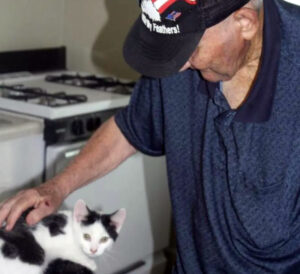 On that day when there was no hope, Ron turned to Fluffy for help and told her ring-a-ding. After hearing ring-a-ding, Fluffy understood and quickly brought the phone and saved the life of the veteran.

His life is saved, thanks to the cat. Both of them now share a strong bond. Really Fluffy came into his life as a companion and became his savior.