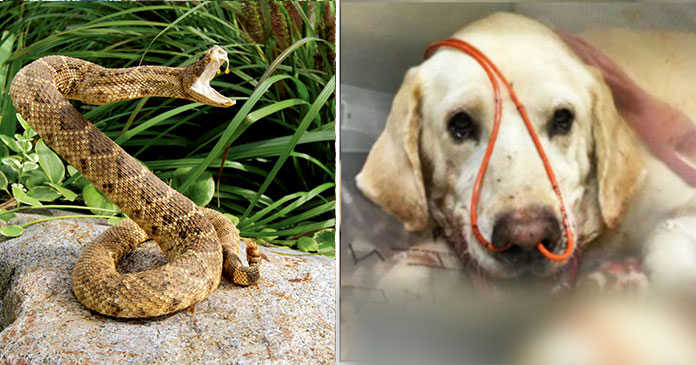 The dog is the most faithful friend one can have. They are always ready to help and protect their owners, no matter what. They will even risk their life to do so.

This was proved recently by a dog named Marley which is a Labrador Retriever, when he bravely saved his owner from a rattlesnake, and he himself got bitten by the snake.

His parent Alex Loredo who is 18 years old and lives in Harbison Canyon, California at first got the dog to lose weight but soon both of them became best friends. Alex was really fortunate to own Marley as he experienced danger recently.

According to Alex, as he was outside his house, he had a face-to-face encounter with a foot and a half-long rattlesnake. Alex was really frightened but before he could do anything, Marley came and started barking at the snake.

Marley put his life in danger in order to save his owner.  The snake bit him twice on his tongue and neck. Alex quickly rushed him to the hospital. 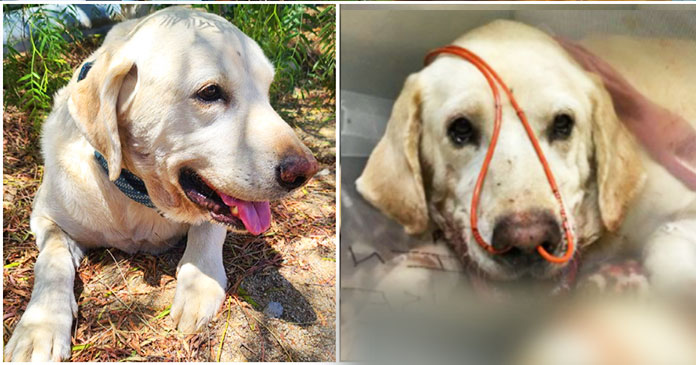 There was blood everywhere and Marley collapsed wailing in pain. The dog was taken to the veterinarian and he was given two vaccines for the venom.

Marley remained at the hospital for many days and even the vets were worried that they might have to amputate his tongue. Luckily, Marley survived and was released from the hospital and he is back with his owner.

Alex was very happy to have Marley back as he was his best friend. According to Alex, Marley is his hero. He said that he did not know what he would do without him.

Alex spent a significant amount of money on Marley’s surgery. He spent all of his pocket money on his medical expenses but he was happy to do so.

Thankfully all the money has been recuperated by the donations from GoFundMe. This fundraising page has already raised more than $ 8,000.

Marley proved his loyalty to his owner, he is a true hero. It is really happy news that he is doing very well now. We salute Marley for his bravery.