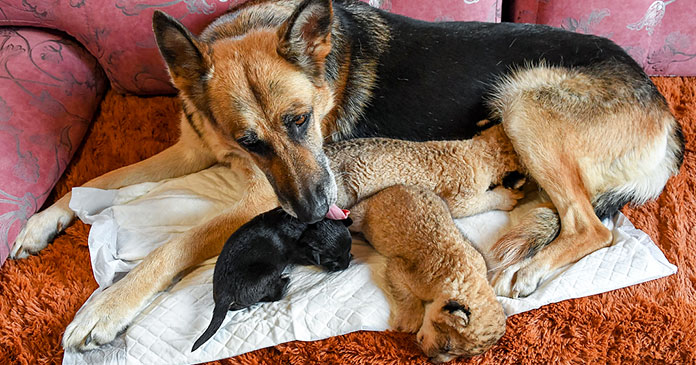 Wild animals in captivity suffer both mentally as well as physically. Sometimes the effect is so worse that they even lose their motherly instincts.

As a result, they reject their cubs shortly after they are born. The same thing happened to a young lioness who is a resident of a wildlife park in Russia. 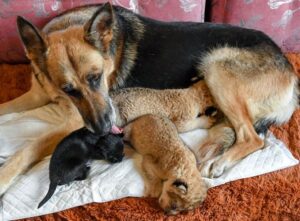 The young lioness named Sirona was pregnant and was about to give birth for the first time. Everyone was excited as it was very rare for a wild cat to give birth in captivity.

But as Sirona gave birth to two lovely cubs, everything changed. Most of the time, this thing happened that after giving birth the motherly instinct of an animal is kicked in but with the young mother it was quite opposite.

She did not show any affection to her newborn babies and she totally rejected them. So the staff was very much worried as it was very crucial for newborn cubs to be near to their mother.

All were aware that without their mother the survival chances of the cubs were very rare, so they decided to relocate them.

The staff was helped by another member of the park, a German Shepherd. Sandra, the German Shepherd lived there since she was a puppy. She was very kind and her good nature made her everybody’s best friend. The caretakers thought to present the cubs to the caring dog and the gentle Sandra surprised everyone by looking after the cubs. 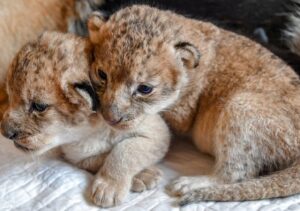 She instantly adopted the two cubs and loved them like their own mother. Sandra has her own babies to look after and she fed the cubs with her own milk. The cubs too became close to Sandra and their life was saved.

Such a nice story! Really the German Shepherd saved their life with her motherly love and care.