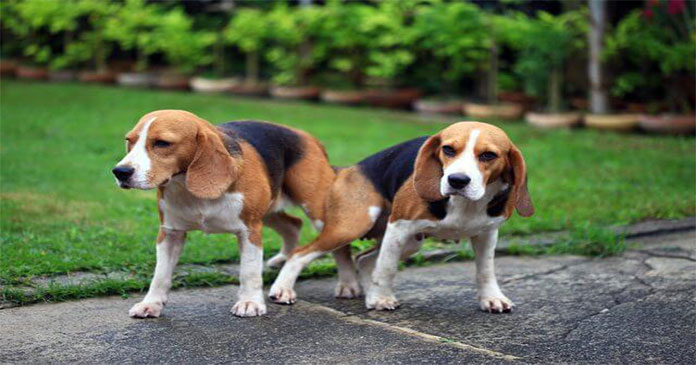 We all know this scene. During mating dogs get stuck and you may even find that they are experiencing pain. But it’s the part of their breeding and there is nothing to panic about this

Let’s try to understand the reason behind this. Dog sex is mainly done in two or three steps. In the second step which is also called the stuck step, the male dog emits semen, the bulbus glandis of genitals become quite stiff and the vagina of the female dog becomes constricted.

So what happens, the male dog is unable to take out genitals from the female, resulting in the stucking of the dogs. During this time, a fluid is passed from the male dog’s genitals. It can last from 5 to 45 minutes.

In this situation don’t harm the animal as they are already in pain. As it may lead to females losing their sexual ability. Sometimes there are problems like loss of kidney function in male dogs.

The animals need to carry out their mating process. They should be provided with a relaxed and comfortable atmosphere.