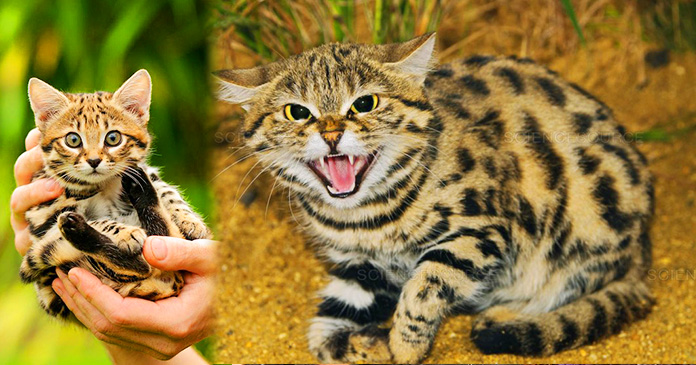 Cats are very beautiful and adorable. Most people prefer to keep cats at home. All kinds of cats are amazing but there is one type that is obviously very cute, but the thing which makes it more unique is that it is the deadliest cat in the world.

Yes, you read it right. It has a hunting success rate of 60 percent in the wild. Its prey is mostly rodents and birds. It is the black-footed cat, also known as the small spotted cat. 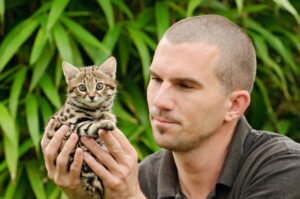 This cat is the smallest wild cat with a body length of 35-52 cm. They only reach up to three pounds when fully grown. That’s about 200 times less than the typical lion. This cat is found in Africa.

Though its name is the black-footed cat, yet only the soles of its feet are black and dark brown. It has tawny fur that is covered with black spots.

The first black-footed cat was discovered in 1824 in the northern Karoo of South Africa with its types mostly found in the arid steppes and grassland savannas of Southern Africa.

It is nocturnal and also solitary. It rests in burrows during the day and hunts at night. It is known for its bravery. It can defend itself fiercely when cornered. 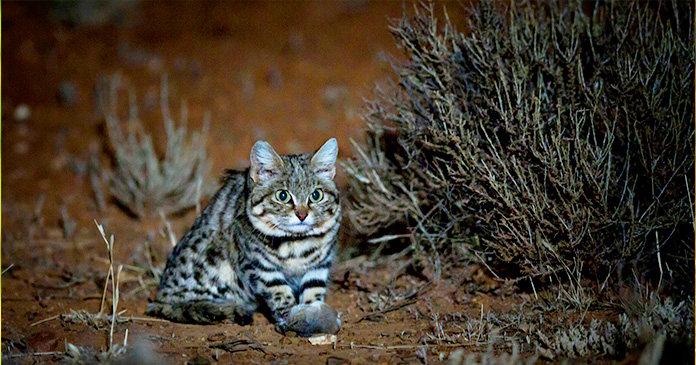 According to a legend, a black-footed cat can kill a giraffe and this exaggeration is only to emphasize that it is a very brave and courageous cat. The small cat can catch more prey in a single night than a leopard can in six months.

But their population is declining at a great rate due to poaching, persecution, traffic accidents, and hunting by domestic dogs and cats. There are only 10,000 black-footed cats left in the wild.

Steps should be taken to protect this cute creature.