As we know dogs have empathy for each other. Dogs like to help other dogs and they used to keep them entertained and give them company. They are not selfish and if one of them gets any benefit he wants, that benefit to be shared by others.

Here is an incident to prove it. A man was coming home from work when he saw a puppy standing in the corner of the street. Soon he realized that it was a stray puppy and then he got close to check the puppy.

In spite of being a stray, the dog was adorable and friendly. So instead of running away, the little pup approached and follow the man to his home. When the puppy arrived at the man’s house he didn’t enter the house at once. The man also waited and he allowed the dog to think before he entered the house. 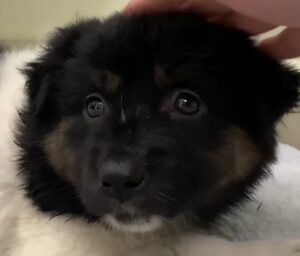 When the puppy came inside the house, he was given food by the man. After finishing the meal the puppy was provided with a new and warm bed. At first, the puppy trembled as he was scared but soon he felt comfortable and slept in the bed.

The man named the puppy Pluto as he was smart and playful. The puppy became a new member of the family. But something unexpected happened the next day when the puppy pleaded to go back to the street. The man allowed him to go back but followed him to make sure that he was safe. 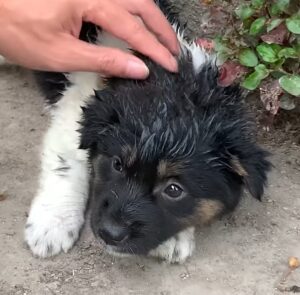 It turned out that the puppy was leading the man to his stray friends and begged him to help them. Pluto turned out to be a very smart dog as he stayed in the house to make sure it was safe and had food before inviting his friends to it.

The kind man could not ignore the pups so he took all of them to his home. On arriving home, the pups were provided with food. Thevar has even taken to the vet to ensure that they were healthy.

We are very glad to see that all of them are living happily with their new owner. Thank you for saving them.