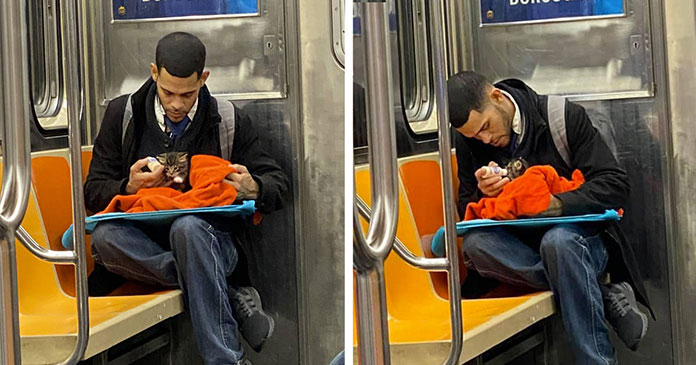 Watching good things around us or on the internet has a very positive impact on our minds. Our mind starts believing in the fine things of the world. Every day we have the opportunity to help others or be kind to others or at least be appreciative of the kindness done by others.

Recently I went through an article celebrating the kindness done by one person. According to me, there were two heroes there- One who did a kind act and the other who watched and found it worthy to tell his tale to everyone. It goes like this-

The eye witness Gillian Rogers was so much impressed by the kind-heartedness of a person that she clicked his photo and posted it on social media. Before we begin what actually happened, let me tell you about Gillian Rogers.

Gillian Rogers has devoted her life to the welfare of animals and in order to help the hapless creatures, she founded Pet Rescue Squad Inc. So it was like another day for Gillian Rogers and she was riding back home on the New York City subway when she noticed a man sitting in the same train car and she was really impressed and felt very happy.

What was so impressive about that guy was that he wasn’t traveling alone, lying on his lap was a tiny kitten wrapped in a towel and he was bottle feeding her. 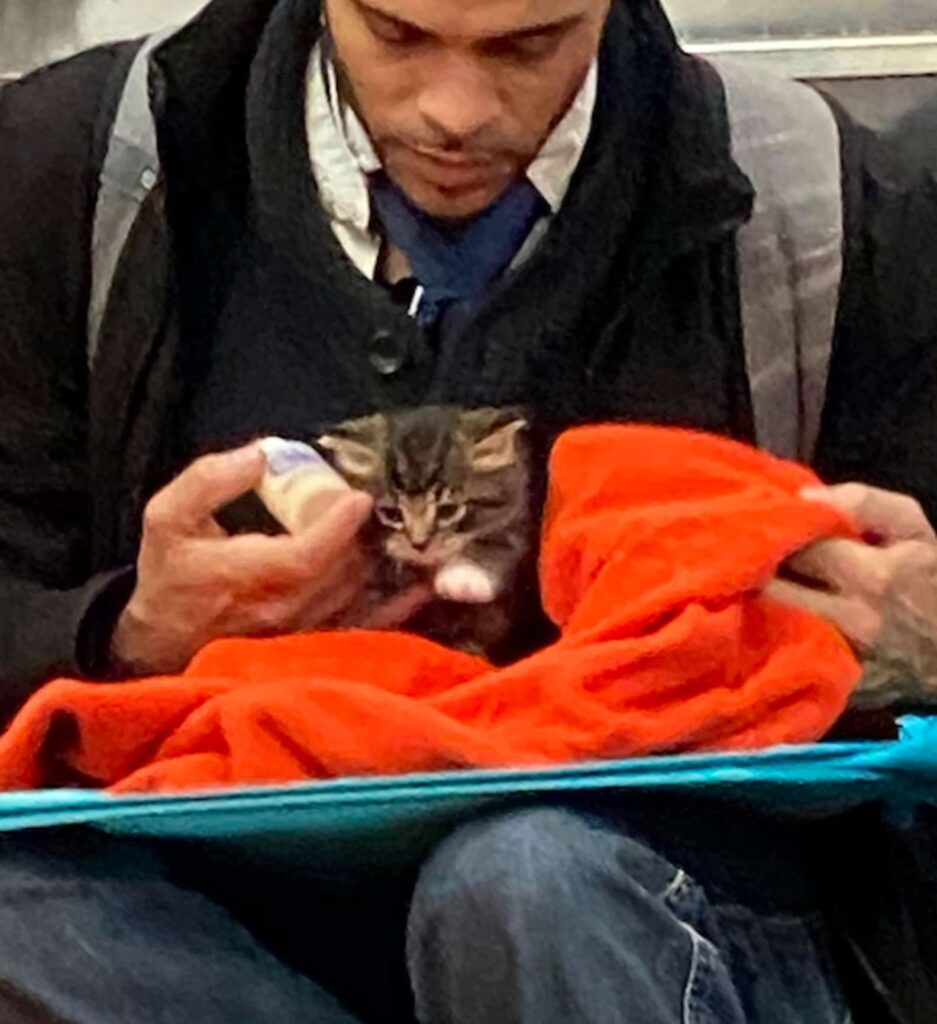 Rogers was so captivated by the scene that she felt that her heart would explode on seeing someone doing this much caring. According to her, that guy was so in that moment. In order to restore faith in humanity, she took the photo of the two and posted it and this photo has gone viral.

After watching it for some time, she decided to talk to the man and asked him where he found the tiny kitty. She recounts that he told her that he saw the kitten alone between two buildings and he rescued the cat and decided to look after her, to feed her, and to keep her cozy instead of leaving her to take care of herself.

Rogers added that the look in the kitten’s eyes as he was feeding her was so heartwarming that Rogers thanked him for taking care of the kitten.

When she got to her stop though she forgot to ask the man his name but this encounter had a lasting impact on her mind. She herself told that it was a special moment when she got off the train. She was so much elated that she felt she was walking on air. She believed that this incident renewed her faith in humanity.Truly he was a great person. We need more people like him to make the earth a better place to live in.