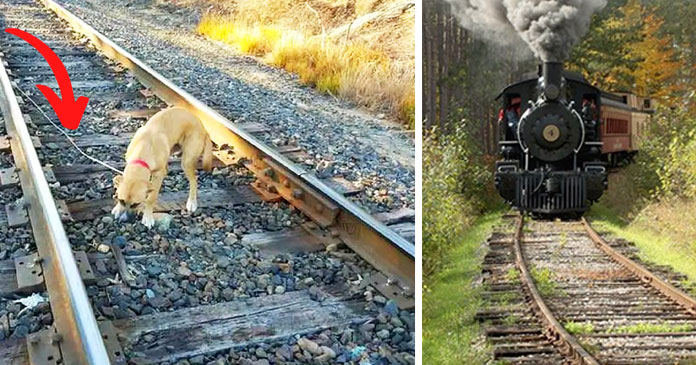 In old melodrama, we might have seen a villain tying its victim to the railroad tracks as a train approaches. But it will be very shocking to know that it happened in reality and the victim was a helpless dog.

The dog was very lucky as he had been saved by a kind couple just in time. They are now trying to find the culprit.

The incident is like this – Dan Winkelman of Enoree, South Carolina was in his driveway when he heard the barking of a dog. He realized that the barking was coming from the nearby railroad tracks and he walked into the woods to investigate what had happened. 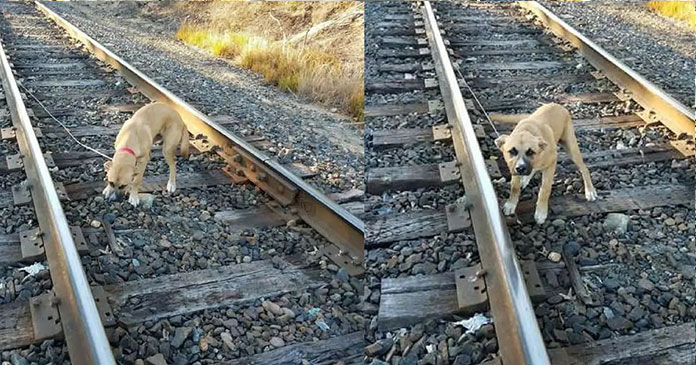 He was totally shocked by what he saw. The dog was tied up to railroad tracks and the dog was very much afraid. There was no one in sight and it was clear that the dog was left there intentionally to get killed by the train. It was clear from the knots which were tied by any human.

There were so tight that Dan found it very difficult to untie them. So he saved the life of the dog as 30 minutes later, the dog would have been run over by the train.

As he got the dog untied, he took the dog home to his wife Jennifer who was equally shocked to hear the story. 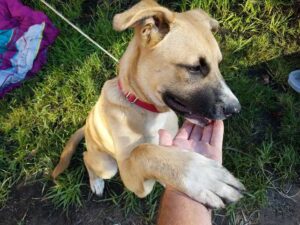 As the couple already had four dogs so it was not possible for them to adopt this dog. They took the help of the local shelter and the dog was given shelter by local non-profit animal shelter Operation CARE. Though the shelter was full yet they could not turn them away hearing the story of the dog.

The dog was named Max and he was a very kind and sweet dog. After undergoing some vet work, the dog will be put up for adoption.

They are even searching for the person who tied the dog there. Spartanburg Animal Control is investigating the case. They hope that as the town is small, they would be able to find lead soon.

Really it is a shocking story. The person who did this to the dog is actually a devil. We hope the person will be caught soon and the dog will get a loving home soon.