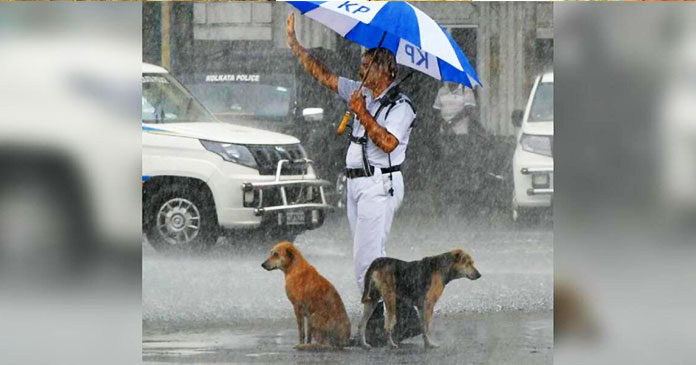 The life of a stray dog is very hard. They have to look after themselves, they have to fend for themselves. They don’t have a loving home to go back. But it is always heartwarming when people come forward to help these innocent beings. Even they need some kindness from humans.

As we know stray dogs do not have any shelter to go to, so it is very nice to see people coming and protecting them during harsh weather conditions like severe heat or cold or rainy season.

One officer went viral when he was seen shielding two stray dogs with his umbrella during a heavy downpour as he was trying to keep the poor pups dry. 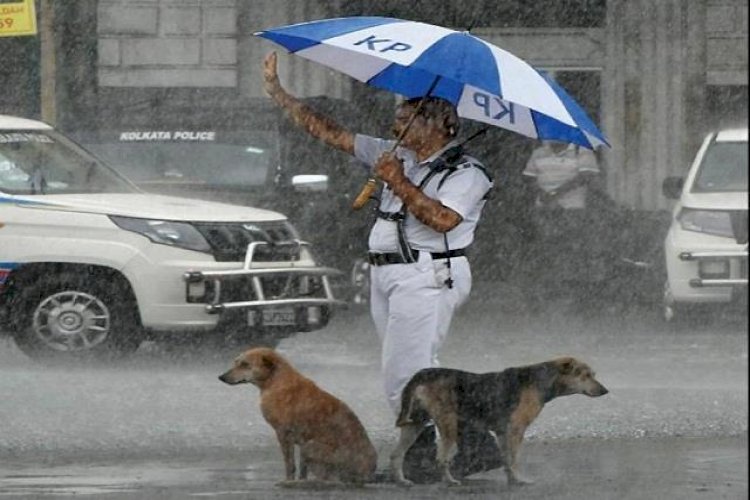 The name of the Police constable is Tarun Kumar Mandal. He is in charge of the East Traffic Guard in Kolkata, India.  He was on duty at a seven-point crossing last week when he was joined by some unexpected company.

As he was doing his duty, it was raining heavily and he was keeping himself dry with an umbrella. Suddenly he was joined by two stray dogs who were trying to escape from that torrential rainfall. He was happy to share his umbrella with the street dogs.

This heartwarming moment is liked by the animal lover. The picture was taken by photographer Sayan Chakraborty and it was shared by the Kolkata Police’s official Facebook page and it has been shared over 10,000 times.

India is home to one of the highest amounts of stray dogs in the world, the estimated population is 35-40 million. It is really a heartwarming photo. We are happy that people are taking care of stray dogs.