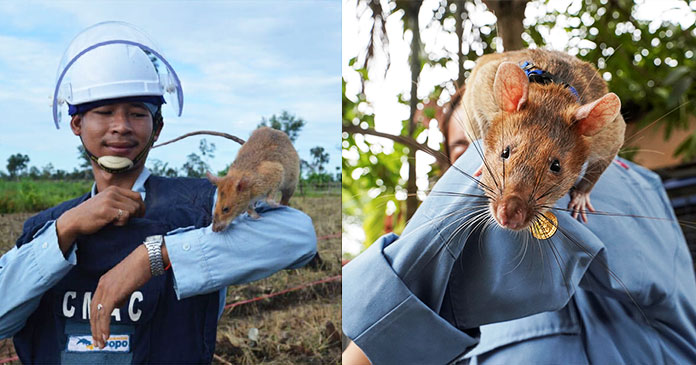 It is not necessary that a hero has to be big and strong. Sometimes even the smallest creatures are capable of doing something great. They could help save the lives of many. So here in this story, our hero is a Rat. The name of the rat was Magawa who was regarded as a hero as he served in detecting land mines in Cambodia.

During his career, he proved that even the smallest creatures can do incredible things. Unfortunately, the rat passed away recently at the age of 8 years. The country of Cambodia had a great problem related to landmines and it is believed still there are estimated 3 million around. They cause great destruction. 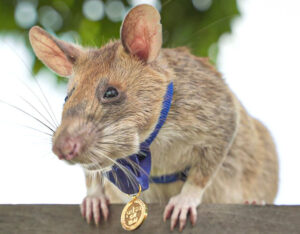 Many people are injured by landmines. So in order to tackle this problem, a nonprofit group APOPO found a great way to fight against landmines injuries and that is rats. For this, the rats, known as HeroRats are specially trained to detect land mines. They are perfect for this job as they are very quick to find the mines and are also very light to set them off.

Magawa was one of those trained rats and he has emerged as a very successful rat. Magawa was an African Giant pouched rat. He was born in Tanzania in November 2013 and started his job in Cambodia in 2016 after three years of training. His job was to sniff out the chemicals in TNT and give the signal to his handler who would dispose of the mine.

According to Malen who was Magawa’s main handler, Magawa was very special as he found many land mines and saved the lives of many Cambodian people. In his career, Magawa has discovered 100 explosives which made him a very successful Hero Rat.

According to APOPO, over the past five years, he has helped in clearing over 225,000 square meters of land, which allowed local communities to live, work, and be educated without fear of losing life or limb. 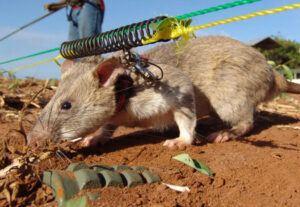 Magawa was even given a huge honor. He received the PDSA Gold Medal which is one of the highest honors for a service animal and he was the only rat to receive the award.

After five years of service, it was announced that he would retire as he had reached retirement age. As he hung his shoes, he was regarded as the most successful Hero Rat and even became a role model for other rats.

But sadly Magawa passed away. According to APOPO, he passed away peacefully. He was in good health during the last week but towards the weekend he started slowing down and showing less interest in food, wrote APOPO. Rest in peace, Magawa. Your legacy will live on and inspire others.