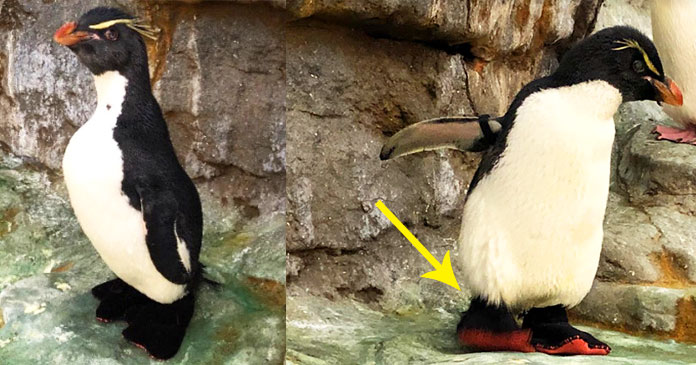 Animals too suffer from age-related ailments. Their bodies start to wear down a bit, and as a result, they find it difficult to move around comfortably.

Thankfully, we humans are there to help us fight these problems. They are provided with custom devices that make them enjoy more freedom. The same thing happened recently when one penguin was seen sporting a new look.

If one visits the St. Louis Zoo’s penguin exhibit, one might be surprised to notice the sight that seems to be out of a kids’ book, it was a penguin wearing shoes. 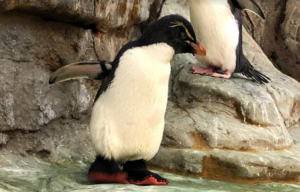 A photo clicked by Joshua Ketelsen went viral on Facebook. He himself was confused as to what made the penguin wear the shoes and asked the zookeeper who informed him that the penguin named Enrique suffered from arthritis.

So the zookeepers applied cream to reduce pain in his feet to help him move. In order to keep the cream in they made tiny custom shoes.  The ‘R’ seen on the shoe was to designate that it is the right foot to help the zookeepers put his shoes on. 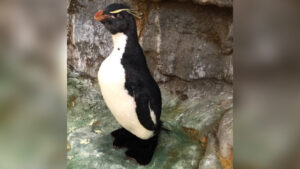 Enrique is very old and estimated to be of 30 years of age and that is three times the life expectancy in the penguins. So his friends in the zoo who are caring for him since 2016, are making great efforts to make sure he is still doing well in old age.

The penguin is in fact enjoying his life with his new shoes as it gives him the freedom to move as he was moving earlier. He is swimming more than he used to and he is climbing higher on the rocks than he used to. Really it is a great idea and thanks to the zoo staff who are going an extra mile for this old penguin