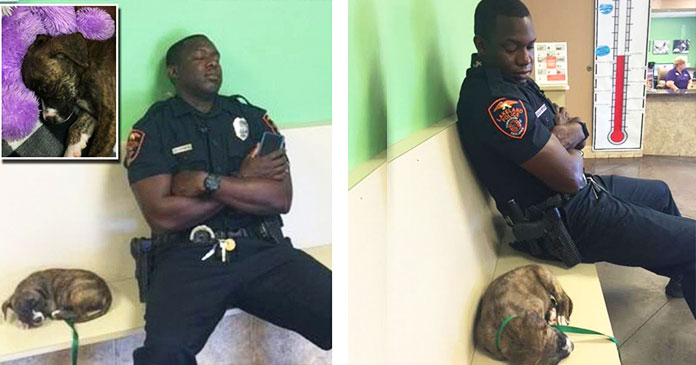 There are many officers who go out of their way to help someone in need, not only people but also animals.

The same thing happened when this kindhearted officer saw a stray puppy and decided to her, no matter what. The name of the officer is Kareem Garibaldi who works with the Lakeland Police Department in Florida. One night as he was doing his duty, he nearly hit a stray puppy running on the road.

At that time, the officer thought that the puppy need help as any accident could happen and decided to help the dog which is a pit bull and boxer mix and is only 8-10 weeks old. He took the dog to safety. 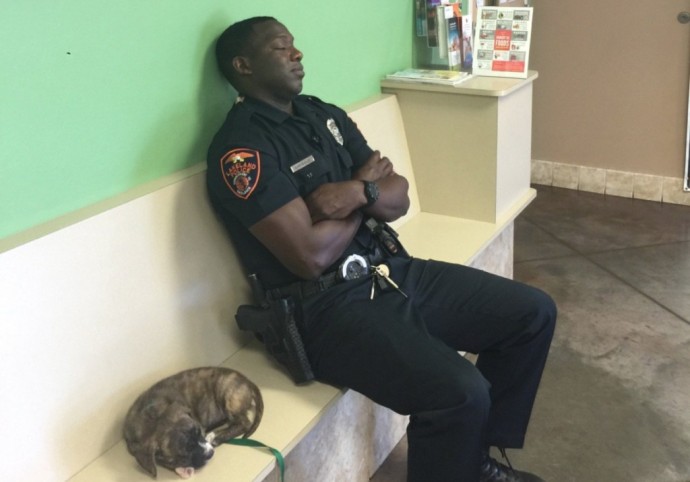 Garibaldi took the dog back to the police station for rest and then took her to his home. In order to find the right owner for the dog, he searched the area and even posted photos on social media but he could not right home for her.

As he was unable to find a home for the dog for three days, he did something inspiring and took time out of his busy schedule of 12 hours. He took the dog to SPCA Florida for a checkup. 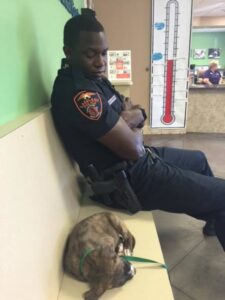 Johnson was very much impressed by the dedication of the officer and she took the picture of both napping together. According to Johnson, this moment captured her heart and she knew the officer had gone through a lot to save the dog.

She posted the photo and everyone was impressed by the officer. The story had a happy ending. The dog was adopted soon after the photo went viral. The dog was named ‘Hope’.

Now Hope is doing good in her forever home and she is still in touch with her old friends at the police department. The officer, Garibaldi was awarded the ‘Hometown Hero Award’ for helping the dog.

Officer Garibaldi did a great job of helping the dog. Hope found a new home due to his efforts.