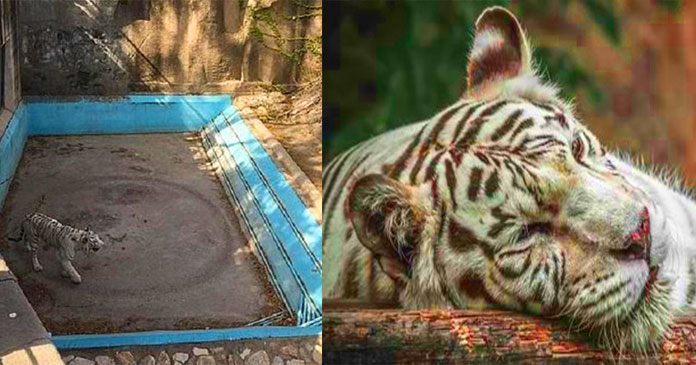 A viral video shot in Beijing Zoo shows White Bengal Tiger walking endlessly in a circular path. The way the tiger walks in this endless circle without changing path raises many questions regarding the mental health of the animal.

Viral video shows a White Bengal Tiger going round and round in a small outdoor area. His repetitive walk on the same track has made the track very deep.

When asked the Beijing Zoo told that the tiger is under psychological treatment. He is given counseling after the keeper noticed the abnormal behavior of the tiger.

It is natural for the tiger to behave in this manner looking at the space given to him. In that small place, he can’t run according to his heart’s desire. Maybe in his mind, he wanted to run free in the dense forest, his natural habitat.

Not all the animals are the same, some are social while others like to live alone. But in the zoo, nobody cares about their nature. Socially active animals are forced to live alone. As a result, they suffer. Some animals prefer a solitary life but they have to live in close contact with the other animals. The extreme is the fact that some animals are kept close to their predators which had an adverse effect on their mental health.

In zoos, many animals are separated from their families and send to other zoos. In some cases, they are even killed if they become large in number. 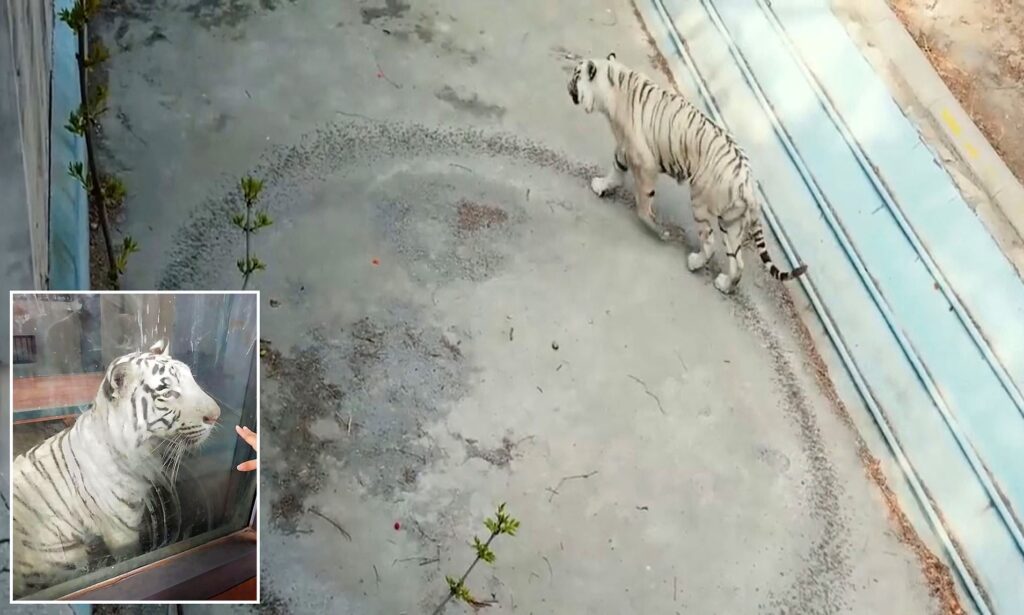 Zoos do not serve any educational purpose. We can’t say it is education to keep animals captive. In an equal society, every being should be treated equally. So the zoo doesn’t teach equality, it teaches the superiority of human beings. It tells that human beings can enslave animals, they can torture them.

Don’t take your children to the zoos, they can’t see the natural behavior of the animals. Animals can not behave naturally in that controlled environment. Their behavior is also unnatural and controlled.

In this case, the behavior of the tiger is due to the limited place given to the animal. Moreover, one of the members of the Beijing zoo staff claimed that this type of behavior is expected from the animals after their long stay in the zoos. They even told that the tiger is looked after well. He is given more food to eat and even toys are given to cheer him up.

But whatever they do can’t come close to their natural habitat.