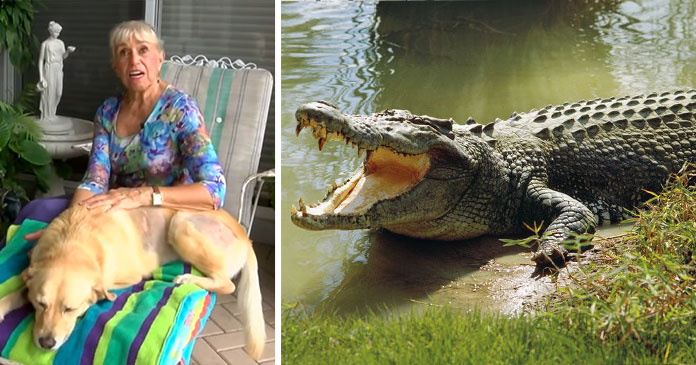 Like the 74-year-old woman who fights off an alligator to save her golden retriever. The name of the woman is Suzan Marciano who belongs to Boca Raton, Florida and she was walking her dog Nalu near a lake one evening. 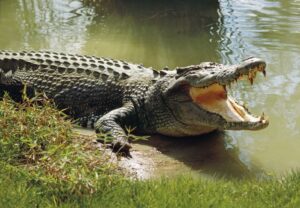 After playing fetch, they decided to enter the lake and the dog was chest-deep in the water. But Suzan recalled how scary she was to see one dark spot that was coming slowly towards her dog.

The dark spot was an alligator that was more than six feet long and in a moment, Nalu was in the jaws of the alligator.

The woman didn’t think for a moment and sprang into action to get the dog free. She said that she just came down on the alligator with all her weight.

The alligator released Nalu but now his attention was towards Suzan. It bit her vigorously and she said that she was in great shock. She did not experience pain. 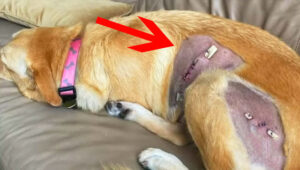 Somehow they managed to escape but both were severely injured and required to visit the hospital. Suzan received five stitches on her hand and the dog had to undergo two-hour surgery for wounds on her stomach and thigh.

This incident had a deep impact on both of them. Both were in shock by what they went through. Suzan said that she did not go to the park for weeks. Really it was a bad incident. They are very lucky to escape and we are happy that they have recovered.