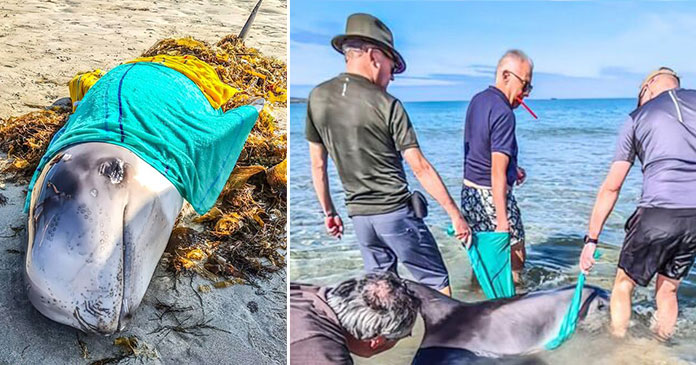 There is nothing as heartbreaking as to see a Marine animal stranded on land. Sea animals sometimes get stuck on the land and they are so helpless as day can’t get back to the water.

But as there are kind people, some good samaritans come to help these creatures. Like this group of beachgoers who came to the rescue of a beached dolphin. 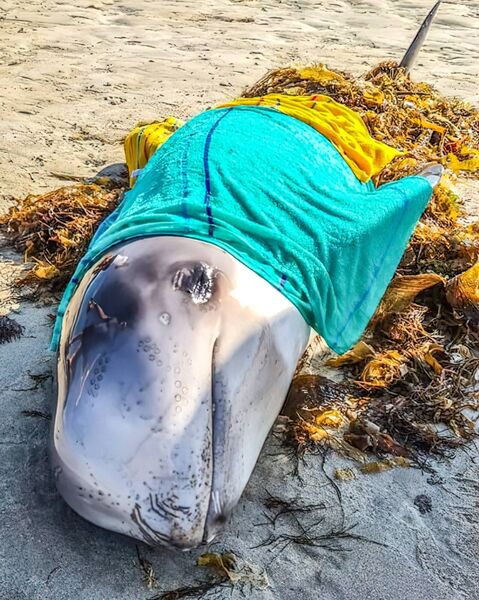 According to the Irish examiner a Risso’s dolphin calf got stuck on Magheraroarty beach in West Donegal, Ireland.
The poor dolphin was helpless and suffering as it was out of the water and lying under the hot sun. Then these kind people who were vacationing there came to its rescue.

These kinds of people identified as Tina crean, Mervin, and Adam Davidson, Ray, and Dawn Gill, along with two other men came into action and they smartly used the resources available to them to help the dolphin.

In order to keep the dolphin cool as it was on land and also to prevent blistering, they covered the dolphin with seaweed and wet towels. After that, they used the towels to carry the dolphin back into the water. 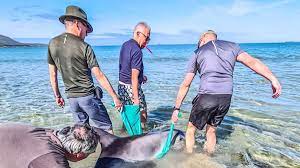 There was also a caution given to the people that whenever they see any Marine creature stranded, they should contact local Marin rescues. It was really great to work done by the kind-hearted people.