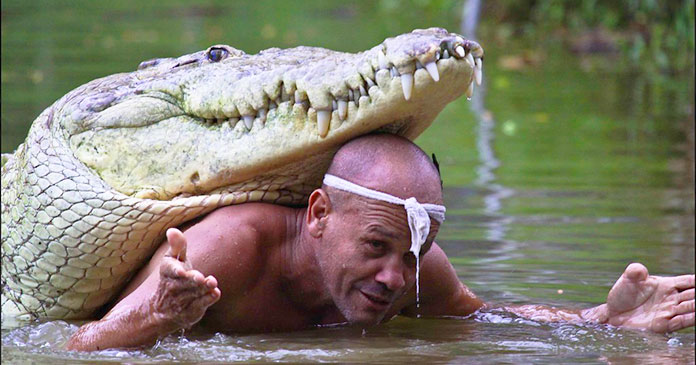 Nothing can come close to owning a five-meter, 500-kilogram crocodile, it can be referred to as the most dangerous pet one ever had. It is quite impossible to believe this, but this Costa Rica man, Gilberto Shedden had a gigantic and scary-looking crocodile called Pocho and he had been swimming with it in the river every day- for over 20 years.

Shedden who is a fisherman, tour guide, and naturalist from Siquirres, Limon Province, Costa Rica, found Pocho at the time when it was dying on the banks of the local Reventazon River. The crocodile was shot in the head through the left eye, maybe by a farmer who was angry at the animal preying on his herd of cows. 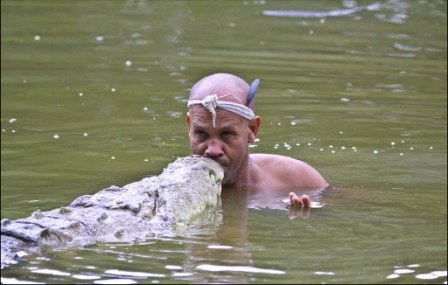 Shedden did not want to leave the crocodile there and took him home in his boat. He decided to bring the crocodile back to health.

Shedden worked really hard on the crocodile, feeding him with 30kg of fish and chicken a week. He even slept with him at night. In order to encourage the crocodile to eat, he simulated the chewing of food with his mouth, giving it kisses and hugs. According to Shedden, the crocodile needed his love more than the food to regain his health.

The crocodile was named Pocho by Shedden. A crocodile is a wild animal, in order to raise Pocho legally, Sheddan needed a wildlife permit from Costa Rican authorities. Until that time, he hid the crocodile in a hidden pond in a nearby forest.

When Pocho was healthy again, he was released in a nearby river but when Sheddan woke up the next morning, he found the crocodile sleeping in his veranda.

At that time, Sheddan decided to keep the crocodile in the water outside his home and he was considered a member of his family. They spent 20 years together, talking and playing with each other. The crocodile was even trained to respond to its own name. 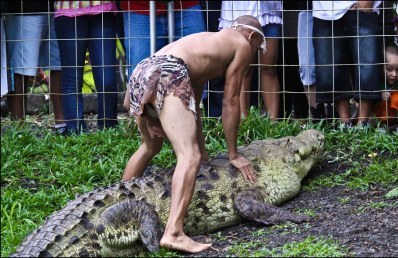 They even started performing a weekly act for tourists from around the world in an artificial lake at Finca Las Tilapias, Costa Rica. The pair were also captured for the documentary titled ‘The Man Who Swims With Crocodiles’ by South African filmmaker Roger Horrocks shortly before Pocho’s death.

According to him, the gunshot wound to the poncho’s head might have damaged the crocodile’s brain which might have changed the usual behavior of the animal because many owners of reptilian pets had been attacked by their pets.

So according to him, Sheddan’s life was in danger when he was with Pocho. But Sheddan totally disagrees with it, he said if it were only 2 or 3 years, something might have happened but after 23 years of loving each other, it was not possible.

Pocho died a natural death outside Shedden’s home and a public funeral was also held for the crocodile. Now Sheddan is working with a new crocodile who is named Pocho II.

Though he is trying hard to build the same relationship as he shared with the original Pocho yet long-term success with this crocodile seems quite uncertain. Pocho was a gift for Sheddan and they enjoyed a great relationship.