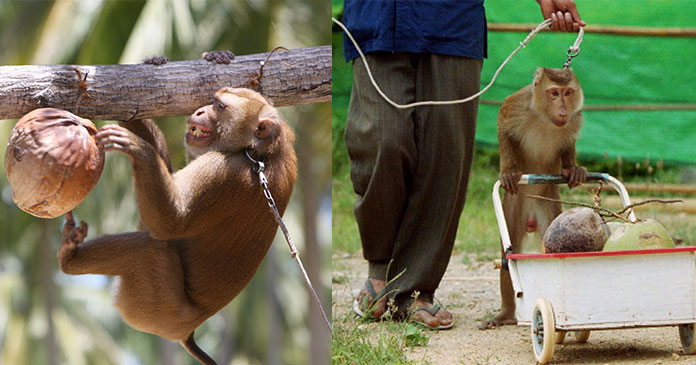 Costco, the retail chain of the U.S., is removing the famous Chaokoh coconut milk from its products. The reason behind this harsh decision is that animal rights organisation PETA has accused Thailand based industry of Chaokoh of using the forced labour of the  monkeys to pick coconuts.

PETA carried out its investigation on 8 farms in Thailand and found how these farms used forced monkeys to pick up the coconut. This is done to speed up the process as monkeys pick faster than human beings. Thus bringing down the cost of production. This increases their profit.

PETA investigators found how the monkeys are kept captive on the coconut farms and then forced to collect about 1000 coconuts per day. The monkeys working on the farms are kept in poor conditions and treated very cruelly. 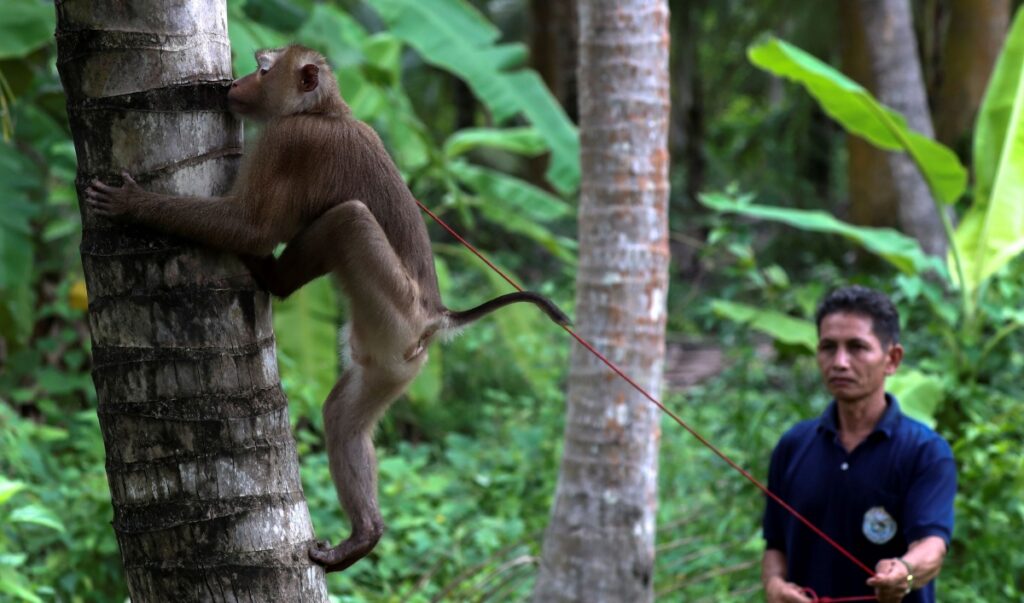 This treatment has an adverse effect on their mental health as they are not allowed to socialize or do any other activity other than their work. This mundane lifestyle along with terrible living conditions have driven the monkeys insane.

They even found out that in most cases the monkeys were abducted from their families illegally when they were just babies.

While the monkeys are on the farm, they have to wear tight metal collars and are kept in chains. They are forced to climb the trees to collect the coconuts and usually, they are chained. In this process, they are abused also. This is how they live their whole life. Not only this, many of these industries run parallel circus where these monkeys are used for entertainment. All this is done keeping the monkeys’ health at stake. They will continue to live this life as long as they are useful to the industry.

On the other hand Chaokoh coconut milk manufacturers and distributors Theppadungporn Coconut Co.,Ltd has denied all the allegations levied by PETA.

They asserted that they didn’t use the monkey labour to collect the coconuts used in their products.

There are many people especially vegans who do not want to consume the milk products coming from cows, goats. For them, this option was the best. But considering the monkey labour involved in this process, many of them won’t be ready to use this milk any longer.

PETA too feels that people who are kind didn’t want monkeys to be chained, abused and treated like coconut picking machines. They appreciated Costco’s decision and feels that it’s a big step to reduce animal exploitation.