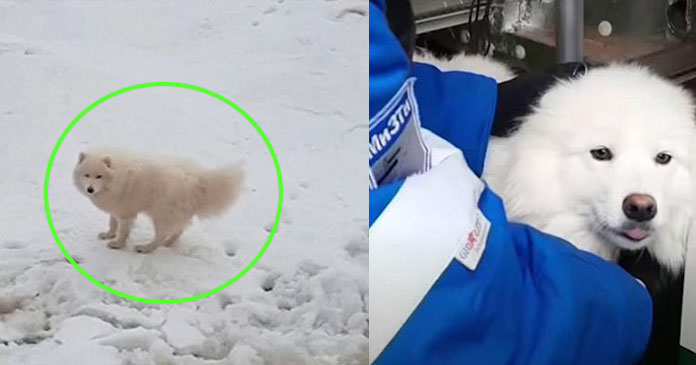 Cold weather provides great discomfort to the animals. It can become dangerous to the animals if they are left out. Even dogs with thick coats are susceptible to frostbite and hypothermia.

There is this dog who was in real danger as she was trapped in one of the coldest places – a piece of sea ice in the Arctic.

Fortunately, she was saved by a group of Russian sailors. According to a report, the dog, a Samoyed named Aika, had gone away from her village during a walk and got stuck on a frozen block of sea ice. The dog was there for over a week. 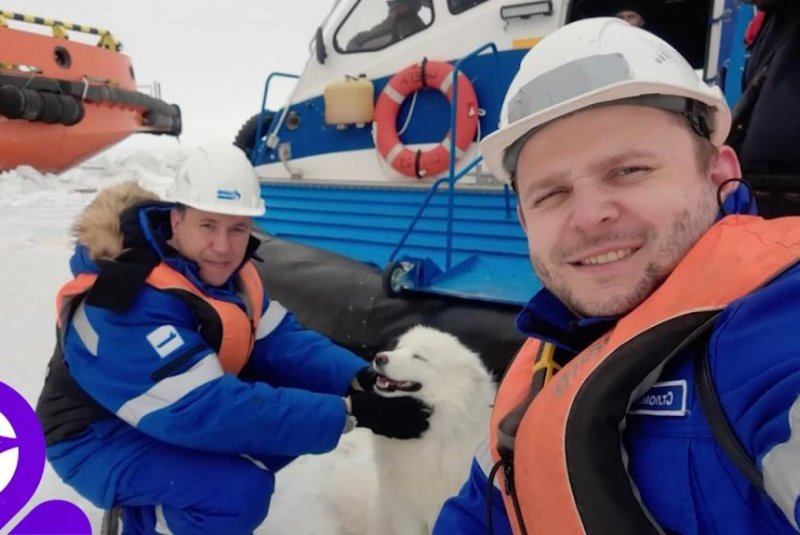 It is quite impossible to imagine that anyone would have gone there and rescued the dog but luckily one crew happened to come along and see her.

The crew of a Russian ice breaker ship, Alexander Sannikov was passing from there when the dog came running by the side of the ship as if asking for help to save her.

They realized that the dog was stranded there and helped her quickly. According to navigation assistant Evgeny Hagibin, they put a ladder by which the dog climbed and was on board the ship.

The great news was that Aika was in good shape and she was wagging her tail. The Samoyed is well adapted to the cold with a thick double coat suited to the harsh climate of Russia. But for Aika to remain in those conditions for long is still remarkable as the weather was really chilly there. 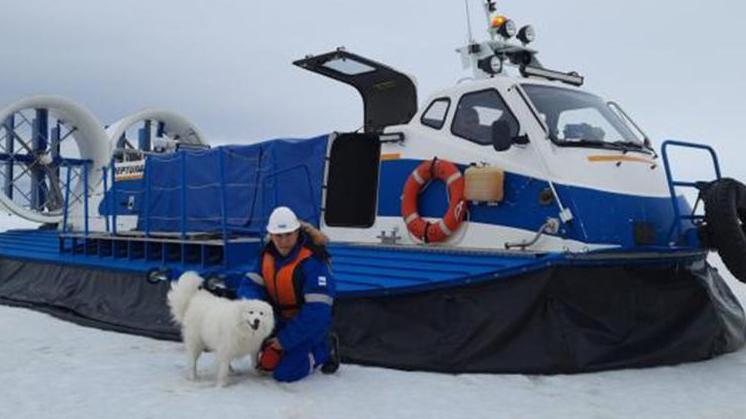 Aika was safe and warm, the crew contacted the local village and got in touch with Aika’s owners. Aika’s owners came within hours and she was safely back to her village.

The family was really pleased to have Aika back. According to them, Aika did not go anywhere without them and they had no idea how she got there.

Thank you, the Russian crew, who helped the dog in need and saved her life. Aika is very happy to be back with her family.