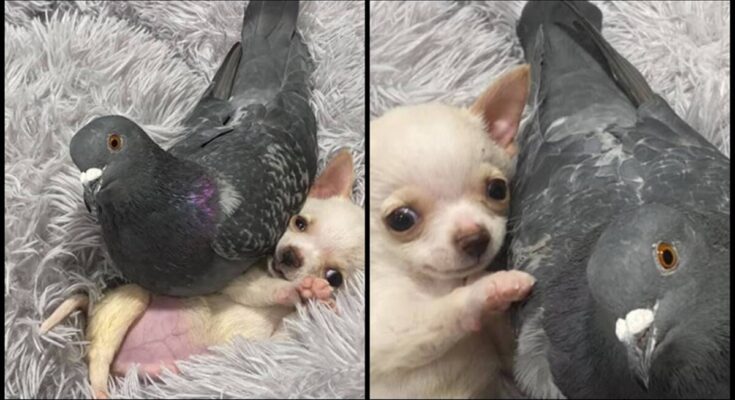 It is a very unlikely but very touching friendship that has developed between a pigeon and chihuahua. The pigeon can’t fly and the chihuahua can’t walk but their friendship has taken everybody by surprise.

The name of the pigeon is Herman and it is a rescue pigeon. Lundy is a 10-week old chihuahua. The bond that develops between them won everybody’s heart.

These two magnificent creatures had met at Mia’s foundation- a non-profit organization in Rochester in New York. This foundation works to rehabilitate animals who are suffering from birth defects. 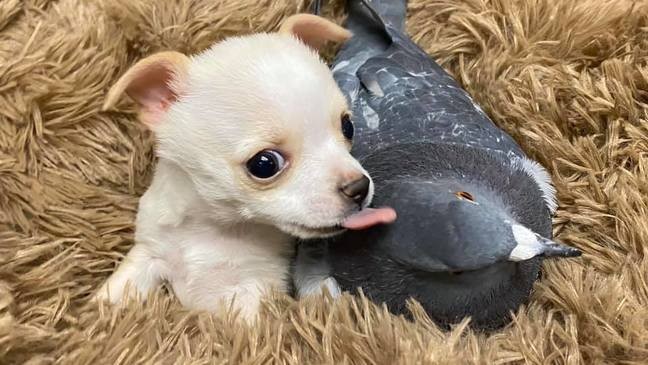 The pigeon Herman has been in the center for over a year now. It was rescued from the car park. It was unable to fly and move at that time. There were very few chances of its survival but Sue Rogers who is the founder of the foundation knew he would be able to survive and he did.

Though he would not be able to fly again yet he became the most adorable creature at the center where he is a permanent resident now.

On the other hand Lundy, the chihuahua was only 4 weeks old when his owner in South Carolina made up his mind to send him to the shelter as he was useless due to his special needs. Fortunately, he was in the shelter of Sue and he found all the love and comfort which he deserves. And more importantly, he found a friend in the form of the pigeon Herman. 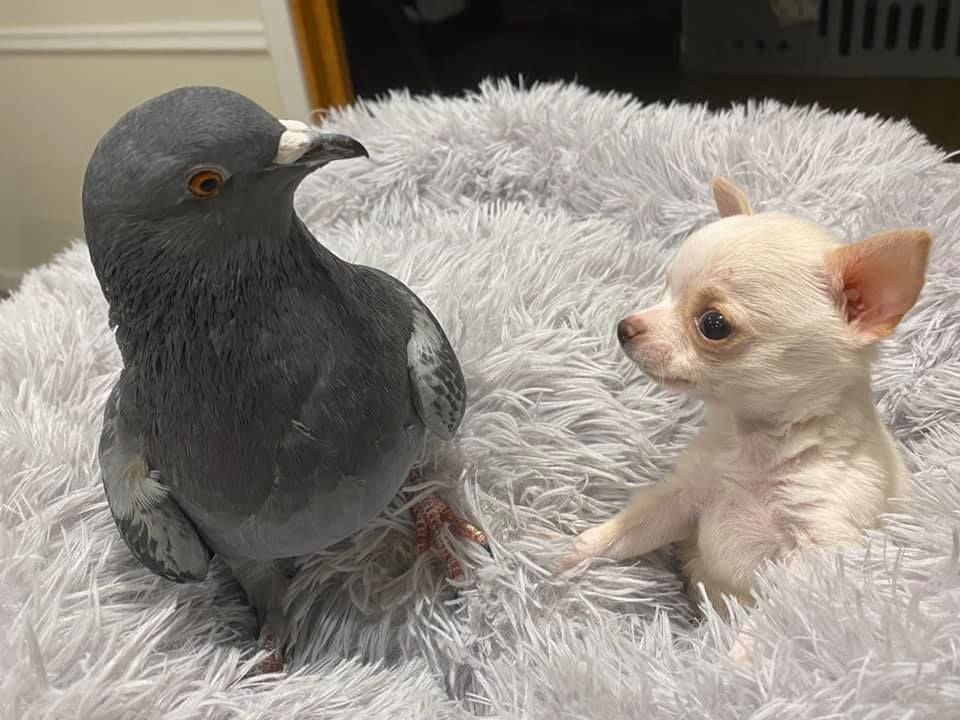 The post made by Sue went viral and people were smitten by the friendship shown by these two adorable creatures. People were so much in love with the duo that they started making donations for the rescue center. They have already the donation up to $ 6,000.

According to Sue, the world looks for good stories and if you had two creatures who love each other so much, it could touch hearts.Really it is a very touching story and no doubt why people are so fond of them.