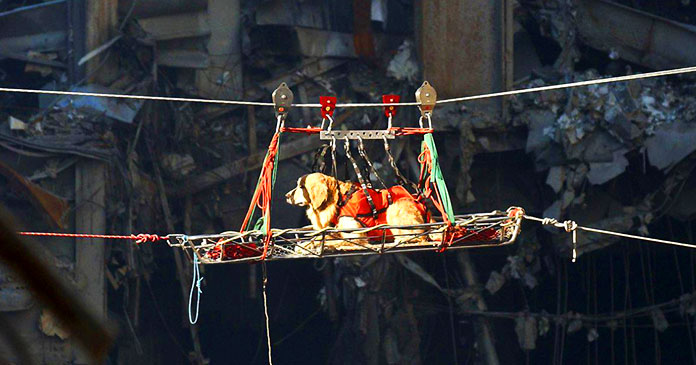 Service dogs played a huge role in searching for the survivors of the tragedy. The dogs always wanted to find and help the survivors.

Even VMAT (Veterinary Medical Assistance Team)was made for the first time to help the dogs who were rescuing and helping the people at that time. The duty of VMAT was to maintain the health of service dogs. These were canvassing the area for the missing. 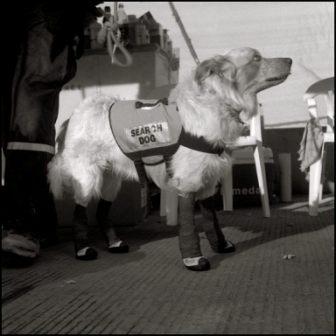 At that time, as it was a difficult time for everyone. Everyone was depressed as precious lives were lost. The effect was even seen on dogs as they were getting depressed because they were not finding any survivors.

One of the handlers was Erick who got up and came all the way from California with his dog Pork chop to assist in the search. He informed that many of the service and the rescue dogs from 9/11 had died.

Pork chop had been gone for some years now. Eric himself survived cancer and he is now involved with organizing an exhibit at the memorial in honor of the search and rescue dogs. 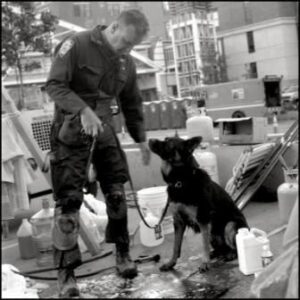 According to Brei Noella Olivier, apparently, the human rescuers had to stage successful rescues to keep the morale of the dogs up. They were becoming depressed because there were not many successful rescues compared to how many people were dead.

Really it was the worst time. Some people are doing great to honor the rescue and service dogs.