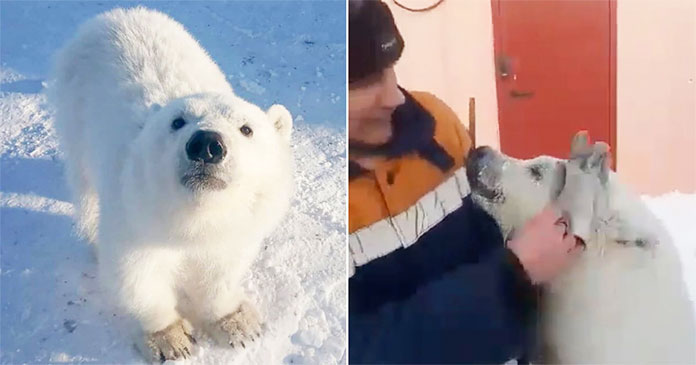 Life becomes very hard for orphaned animals in the wild. If the animal happens to be the baby, then it is quite hard for it to survive. The baby polar bear found herself in a difficult situation after her mother passed away.

Polar bear cubs completely depend on their mother for feeding and protecting them until they are around 2-3 years old.

So for this polar bear cub, it was impossible to survive as she was only a few months old. But the cub was very lucky as she was helped by some Samaritans. At this tender age, it was quite difficult for the baby to feed herself.

The baby was very much hungry and confused so she approached a group of Arctic gold mine workers and asked for some food. 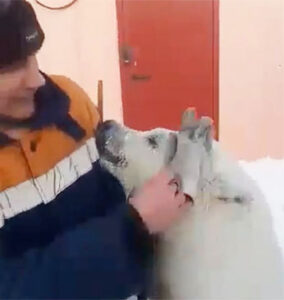 There was no one on the island Bolsehvik on the Russian territory of the Arctic Circle. The smell of food attracted the cub where the group of workers was working.

Though it was against their rules to feed the polar bears, the miners broke the rules to help save the starving animal. For many months, the polar bear remained with the people and they helped her a lot during that time.

She became very friendly with the workers and she even cuddled with them. But when the gold miners’ contract came to an end, they had to go and the polar bear was left alone once again. The miners wanted to help the polar bear and they wanted her to get rescued. 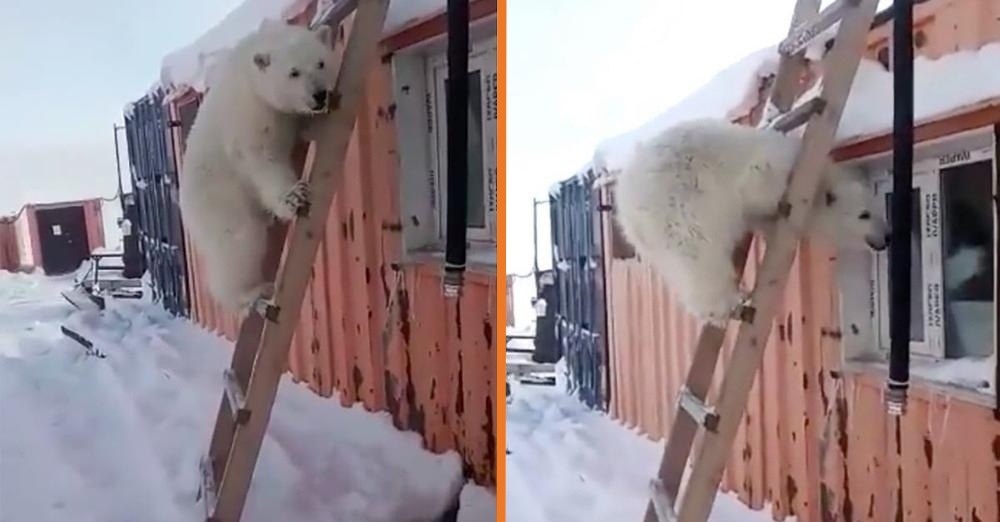 They contacted Royev Ruchei Zoo and Andrey Gorban who is the director said that the workers were able to inform them after their work was over as there was no communication link at the base.

They informed that they were coming back leaving the cub alone there and their only hope was a big open rubbish site where the cub could feed off for weeks. 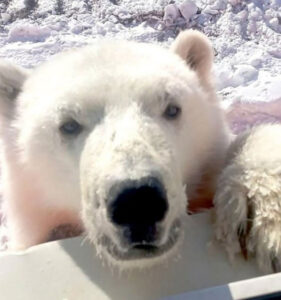 The cub was rescued and sent to Moscow Zoo from there, she might be sent to a permanent home. The polar bear cub was saved only due to the efforts of the workers. Their decision to break the no-feeding rules was praised by the wildlife officials.