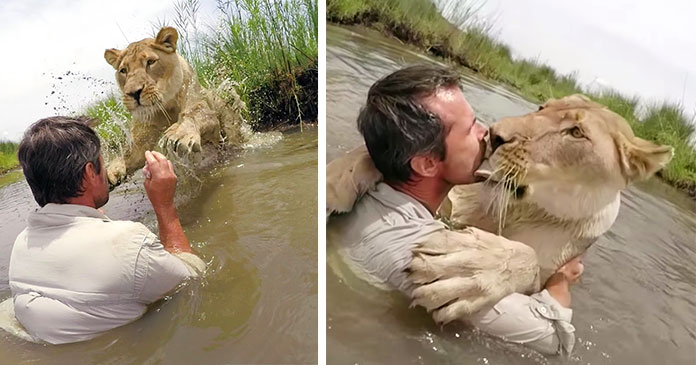 Many people are so kind that they dedicate their whole life to saving animals. They have compassion for all animals. So it does not matter to them whether they save a pet or a wild animal.

Like Kevin Richardson, who just out of love and concern for the wild animals rescued two newborn cubs when they were rejected by their mother.

At that time, he was working at the Lion Park in South Africa and he was guided by his instinct to approach the newborn cubs.

He took the cubs and placed them into a wildlife park, where they could grow and flourish. The motive behind being that he wanted the cubs to grow naturally without any human assistance. 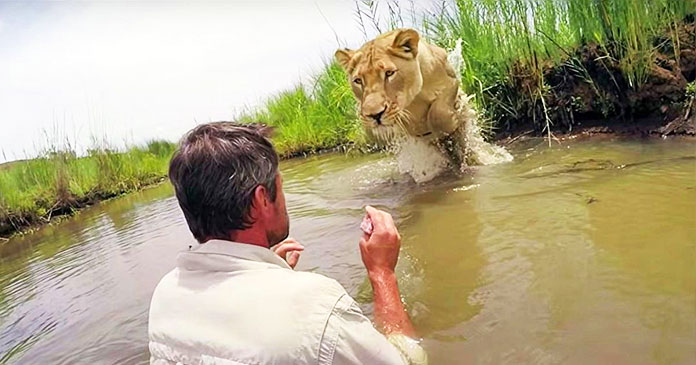 After seven years, the man decided to visit the pair named Meg and Ammy. At that time, he was nervous about their reaction. It had been a long time since they had met or seen each other. He was having the doubt whether they would remember him or not.

Kevin had this thought that he would approach the lions himself and he even recorded the encounter with a GoPro. When he went one of the lions was in the water so he decided to jump in and approach her while calling her name.

He said that when he called Meg, she came swimming and they both looked at each other and it was trust that they embraced each other. 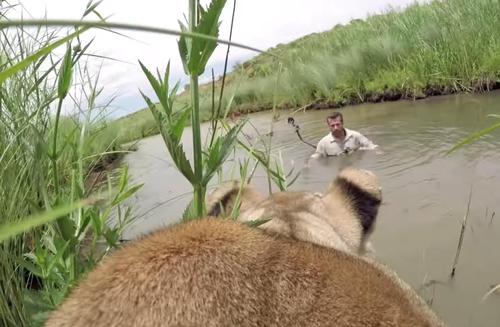 Meg realized who Kevin was and she jumped straight into the water and embraced Kevin with a hug. Kevin feels that he shared a special bond with these animals and they are his soul mates.

He said that he worked really hard to earn their trust and he realized that it was quite different to work with those predators in captivity. He even had the doubt that Meg and Amy were destined for bullets by trophy hunters.

Kevin is also known as lion whispers and he has even founded the Kevin Richardson Wildlife Sanctuary which provides shelter to 3000 lions in the African savanna.