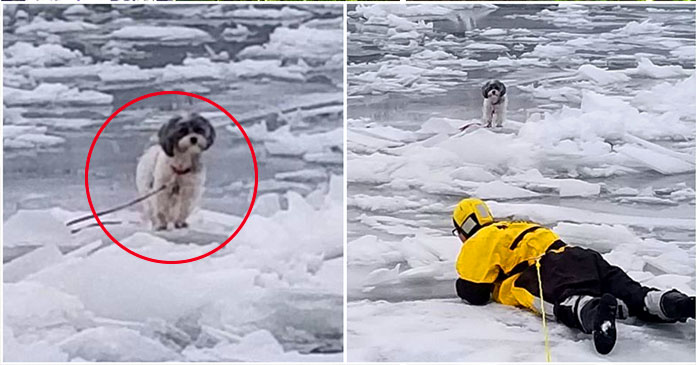 As the temperatures are dipping so are the dangers of the winters. The freezing weather can cause dangers to our pets. At times, it may so happen that they may be caught in some difficult situation.

We come across various cases where we have seen dogs accidentally falling through ice and getting trapped in the frigid water.

Fortunately, we are having people who are ready to help whenever required. So when a Shih Tzu was trapped on the ice,  a fire crew came to the rescue and help it by taking him to safety. The dog was caught on the frozen Seneca River in Lysander, New York when it went chasing geese there. 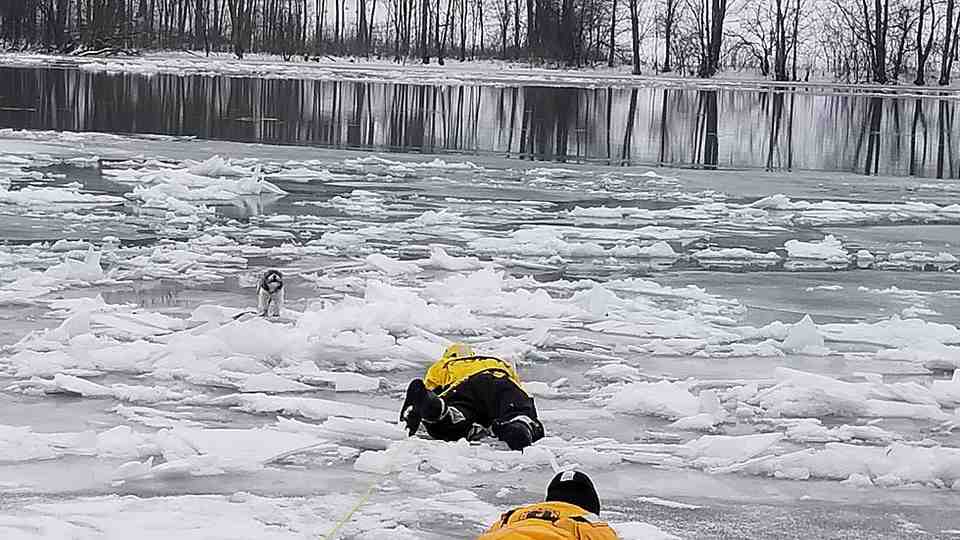 The dog was stuck there when its leash got caught in the ice. The dog was unable to get back to the land and it was helpless with ice all around it. The dog was in grave danger as it may get frostbite or something serious may happen to it.

Luckily, the rescue crew from Plainville Fire Department came to the rescue. The firefighters carefully crawled on the ice to reach the dog. They were equipped with specialized rescue equipment provided by the Northwest and Jordan Fire Departments. 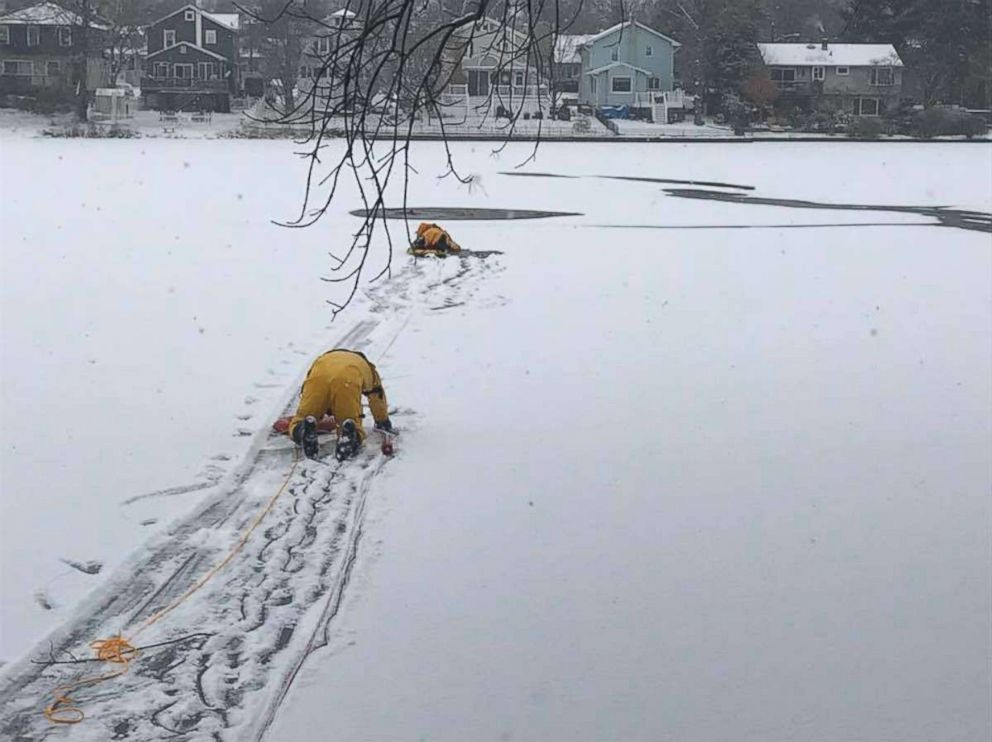 Very carefully, they reached the dog and brought Shih Tzu to the safety. An ambulance was waiting for the dog. After that, the dog was taken to the hospital to find out whether it was okay.

The life of the dog was saved only due to the firefighters. We are happy that the dog was rescued and hope that he would be more careful next time he chases geese.