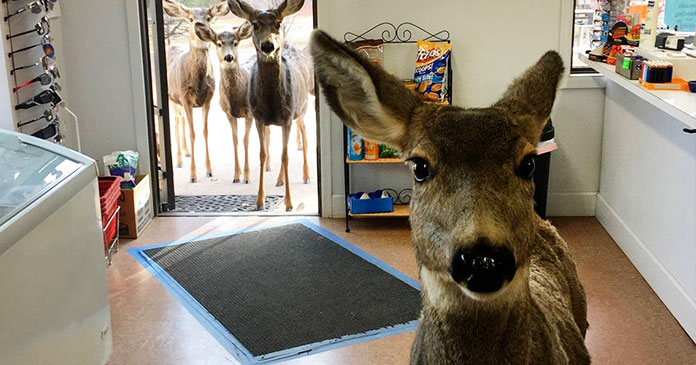 With the coming of Christmas, everybody is busy shopping and buying gifts. Even the wildlife is not left behind. Yes of course this mother is really serious.

The incident took place at the Horsetooth Inn and RV Park which is a scenic getaway located at the foot of the Rockies in Fort Collins, Colorado. Lori Jones works there is a little shop selling gifts and supplies. There the wildlife is very common to spot and one recent visitor who visited the shop was really special. 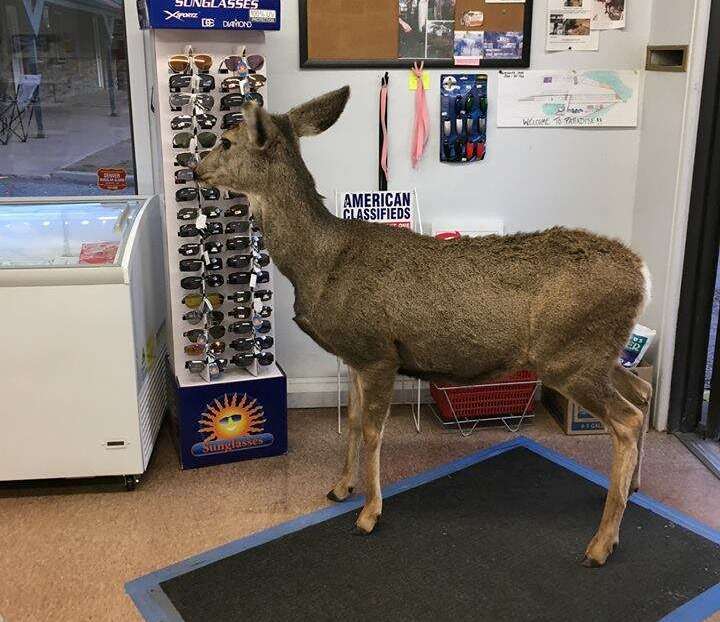 The deer just walked right in. Jones was on duty at that time when all of sudden a wild doe appeared in the doorway. Jones was taken aback by the presence of the deer but the deer was just strolling inside as if she were just another customer looking at the shelves.

Jones recounted that the deer was looking at the sunglasses and the chips and it was really very funny. She was laughing at this. It is not like the deer was a total stranger to Jones.

She lives in that area and often passes through that area for grazing in the area. But it was the first time the deer entered the building. 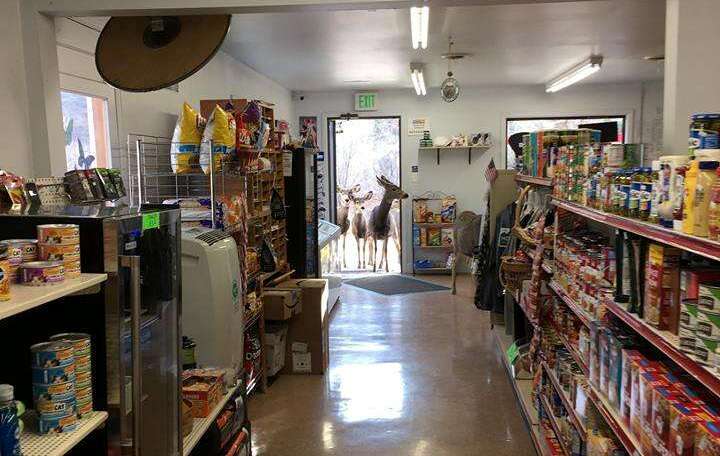 Jones thought that maybe the deer lost her way and escorted her outside with a peanut bar. So Jones felt that she was successful in sending the deer out but she was wrong.

Jones recalled that after 30 minutes, the deer came back again with her whole family. She was doing inventory and she came back with her twins and the blackbuck which she had adopted. 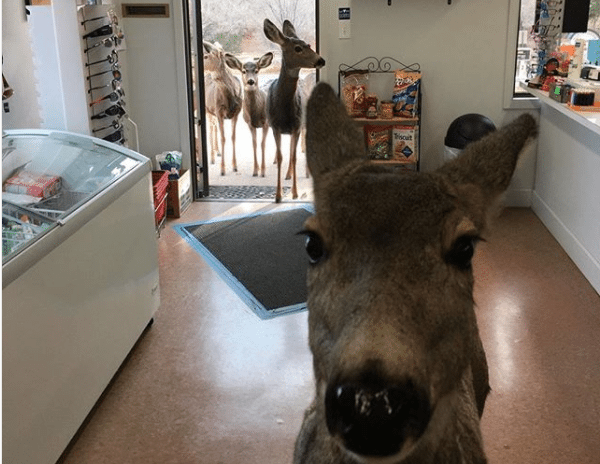 The kids waited outside as Jones did not approve of their entering the shop. They were standing at the door asking permission to come in and Jones declined it.

It was unclear why the deer returned again. Jones took another peanut bar and lured the mom and her kids to the field once more.

Really these customers were very special and Jones too enjoyed a lot attending them.