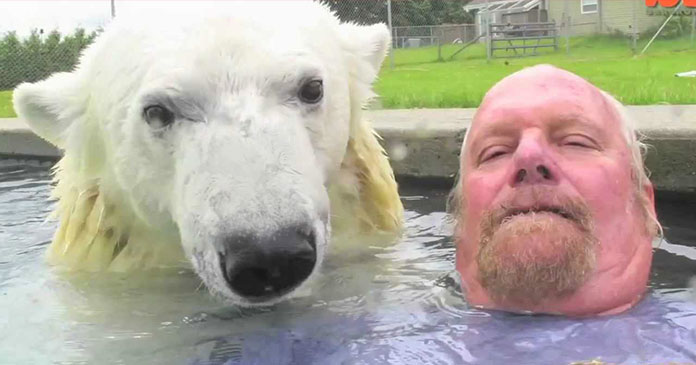 If we talk about polar bears, they are probably the largest land predator and one of the most dangerous wild animals. But this thing does not stop a couple in Canada. This couple has raised a polar bear as their pet.

It is really unusual to have a polar bear as a pet but this Canadian couple- Mark and Dawn Dumas has this unique pet, Agee, which is a polar bear.

According to Mark, Agee was raised by them since she was only a cub. She was adopted back in 1995 and since then, she has been living with them. Now she is 800 lb and she has become very famous after she starred in some TV commercials and movies. 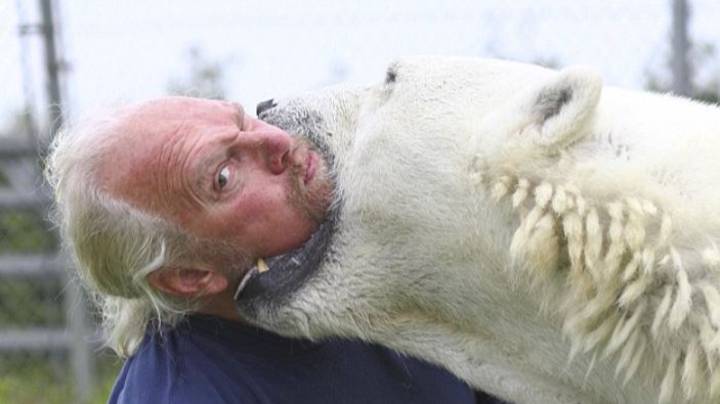 Though they share a great relationship with her, yet she is treated with utmost respect and care. But they say that she is like any other spoiled pet and they love spending time with them. They try to satisfy all the desires of the bear.

The one thing which Agee loves the most is swimming in the pool with Mark. Mark feels that Agee has lived her whole life with him and they both will be together till the end of their lives.

According to Mark, Agee’s life is very good there. She does not have to hunt and everything is provided to her and her food is top quality. She enjoys going out and she gets excited whenever he pulls out the trailer. 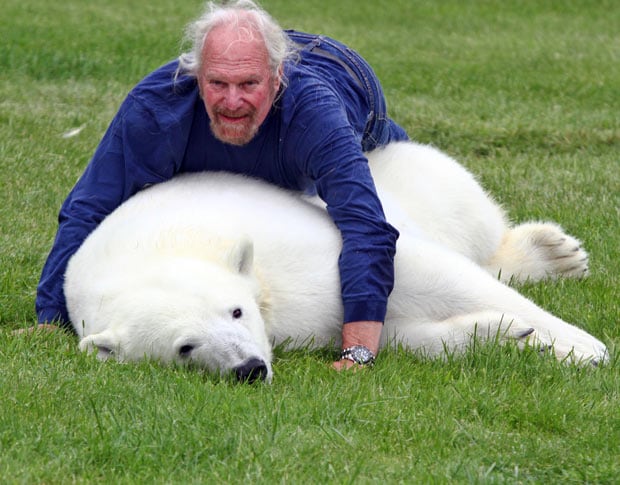 That might be the reason why Agee is still healthy even at the age of 23 years. The life span of a wild polar bear is 15 to 20 years. But they can live up to 35 years if kept in captivity.

It is not like Agee is the only unusual pet the couple is having, they even have a grizzly bear, a wolf, a deer, a mountain lion, and an eagle. The amazing thing is that they all get along very well.

Really this couple is wonderful. They are living with so many wild animals.