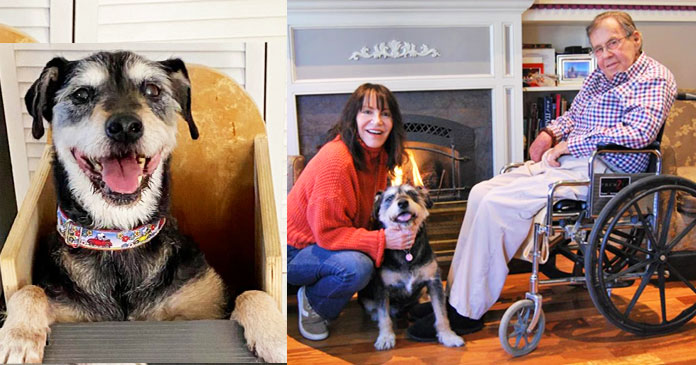 Our love for our pets is unconditional and we can go to any length for their safety. At times some even continue to outlive their life as they feel concerned about who would look after their pet after their death.

Like John Weston who was on his death bed with only six months to live but the love of a pet made a difference to his life.

His story is like that when he received the news of his disease that is the last stage of ALS which is a nervous system disease, he was heartbroken. Then his neighbor made a suggestion that made his life more meaningful. 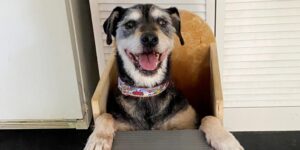 Then his neighbor and founder of Muttville Senior Dog Rescue Sherri Franklin suggested that he should get a dog and he was introduced to PawPaw- a wolfhound mix.

PawPaw proved to be the perfect companion for John which made him survive another three and half years. The two were quite close to each other. PawPaw slept next to John on his dog bed and he was the reason for the extended life of John.

As John was confined to a wheelchair, he was concerned about what would happen to PawPaw after his death. So his neighbor promised to find him a new owner. 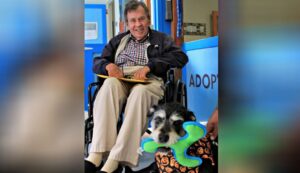 John wanted to meet his new owners in order to make sure that his four-legged friend would be happy with them. Moreover, it was made clear that PawPaw would stay with John at his home in San Francisco until he passed.

They even shared a video put together by Muttville Senior Dog Rescue to help find the best home for PawPaw and John said that he wanted the home that would love him as much as he did.

Before making the final decision, John met many adopters of PawPaw but he liked Bernie as there was an instant connection between him and PawPaw and John knew that Bernie was good for  PawPaw. 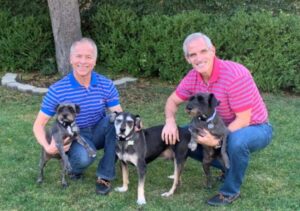 After John told Sherri that Bernie was the perfect match, he passed away three days later. Sherri believed that he was holding on till he found a forever home for his beloved dog.

John left the world happier as he found the right person for his beloved PawPaw. The 16-year dog now lives in Los Angeles and enjoys playing and running around his backyard.