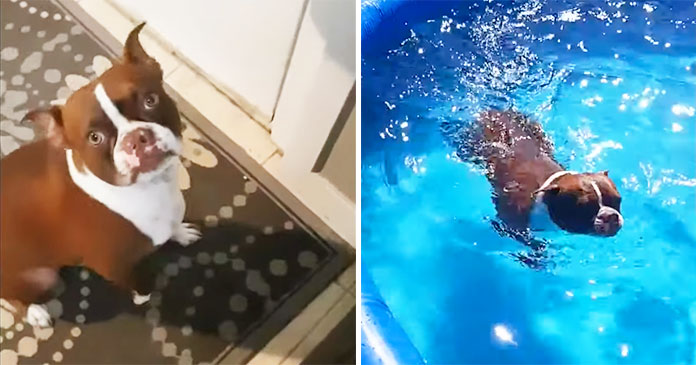 We know that dogs can be very stubborn. At times we forbid them to do a particular thing but they will repeat it again and find ways to do it.

Like this funny Boston Terrier tricks its mum to open the door as she thinks that the dog merely wanted to answer the call of nature and she comes into his trick. 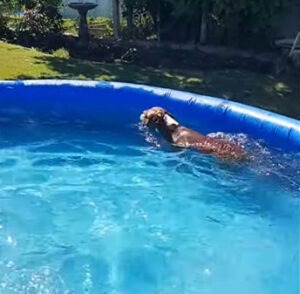 The dog first sits on the carpet of the front door. It appears like the dog is taking a break from an energetic activity. The dog continues to look at the camera as his mother is shooting him and by looking like that he is asking the favor from his parent.

The mother asks the puppy if he wants to go to answer nature’s call. The dog very powerfully convinces his mum to open the door that she can’t resist his wish.

Earlier also the dog has used the same technique to go out and jump into the pool. So the mother once again confirms that the pup is not going to jump into the pool as he has done earlier. But the dog who was raring to go out did not respond to her queries.

As soon as the mother opens the door, the Boston Terrier rushes out and climbs the stairs, the woman runs after him to catch him. 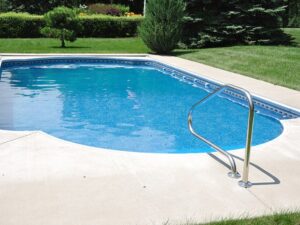 The woman tries her level best to catch up with her beloved doggo but she was beaten by her dog. The dog dives into the swimming pool in their yard and at last, he was successful in his mission.

Really it looks very funny to know about this, but it also tells us how smart the dog is. The dog is very dramatic also who knows how his mother will be convinced to open the door by pretending to go to pee.