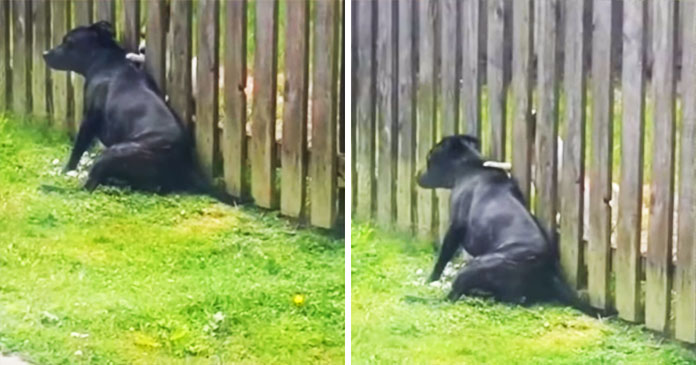 A good massage is loved by everyone. At least this dog loves it a lot that it did not mind visiting the fence every day to get scratched by the friend.

The name of the dog is Beau and she loves dogs and humans alike. When she is not spending time with her mom Kayleigh Burrows, she likes to go to her next-door neighbor. According to Burrows, she is very hyper and loves to snuggle all the time. She is very friendly with all the neighbor’s dogs but her best friend is Rocco.

Rocco was an earlier friend of Burrows’ dog Jak who passed away due to old age and he was missing him a lot. Now when Beau came, her playful attitude cheered him up. They met only a year ago.

According to Burrows, Beau met him as soon as she was allowed outside and they instantly became friends. Rocco was really close to Jak and now he was close to Beau. 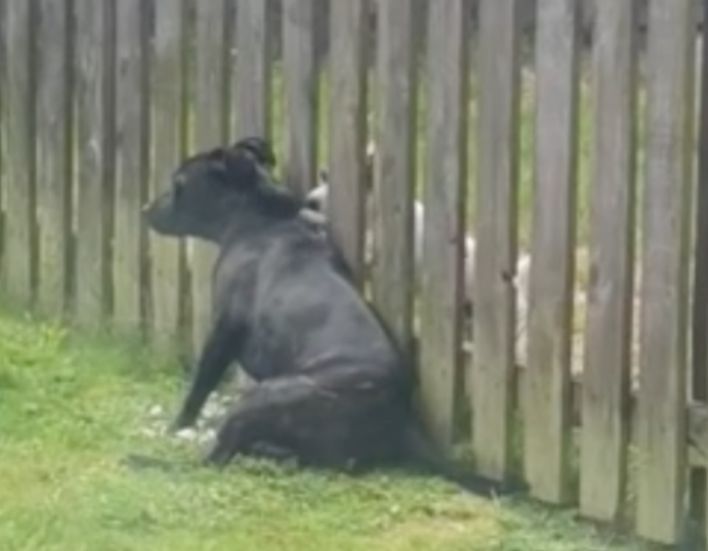 Burrows did not realize how close they were. One day as Burrows was sitting, she saw Rocca giving Beau a secret back rub through the fence.

Burrows was really surprised when she saw Rocco giving a massage to Beau. She got her camera and got their video shot. She found it very funny and posted the video online and it went viral.

Beau loves to get the scratch and now she visits every day to the fence. There her friend Rocco gives her a good massage. It seems even Rocco loves to give the massage as he wags his tail happily while giving her the massage.

According to Burrows, the massaging can go for as long as she wants and it is a daily thing now. Though Beau did not massage him back, she shows her love by pawing at him.

It is clearly their friendship that is getting stronger.