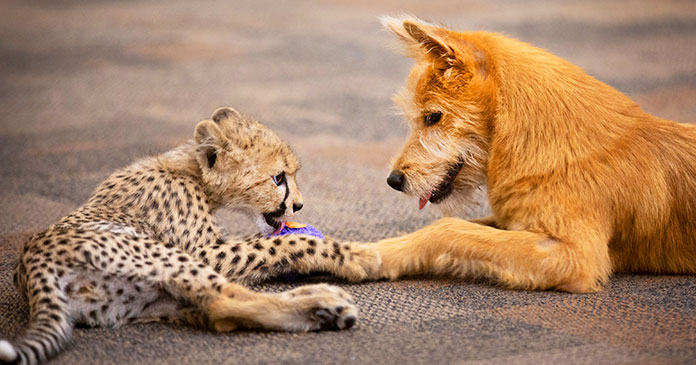 Sometimes some animals leave a lasting impression on any institution. After they are gone, they are desperately missed there.

One such animal was a dog in a Columbian zoo. His name was Coby was a yellow Labrador. He helped in comforting cheetah cubs as well as other animals at the zoo.

The sad part is that the dog has died and the Columbus zoo said that the dog made everyone feel special. He has left a legacy that no one can fill. 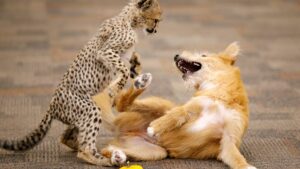 The zoo wrote on Facebook that it was with a heavy heart that they announced the passing of beloved cheetah ambassador dog, Coby. Coby was an 8-year-old Labrador retriever.

He was euthanized when his heath significantly declined and he started to suffer severe neurological signs which may lead to chronic arthritis and secondary neck compression. So it was clear that he could not live without pain.

The zoo was all praise for the dog describing him as playful and calm demeanor. They further said that the dog loved spending time both with animals and humans. He was just a puppy when he came to the zoo.

There he started his great career with the cheetah’s Bibi and Zemba. He also helped mentor two other dogs who were given similar duties as him. 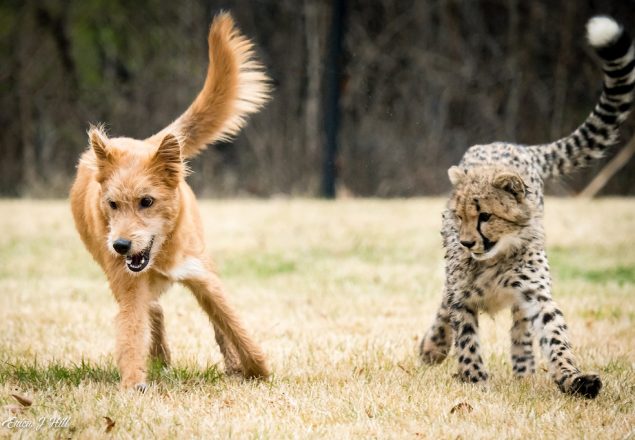 It is quite common in zoos that puppies are used as comforters for the cheetah cubs when they have come separated from their siblings or were born without having any siblings.

Both puppies and cubs benefit when they socialize and exercise together. The cubs which were very shy in the beginning become active and daring as they live with the puppies.

The cubs get confidence when they are raised with the puppies. But as they grew older, they are not best friends but they remain as friendly companions.

Coby was not only comforting cheetahs but also, helped socialize other baby animals like warthogs. He even helps the animals recover from surgery.

Really Coby was a gem for the zoo. He would be desperately missed there. May his soul rest in peace.