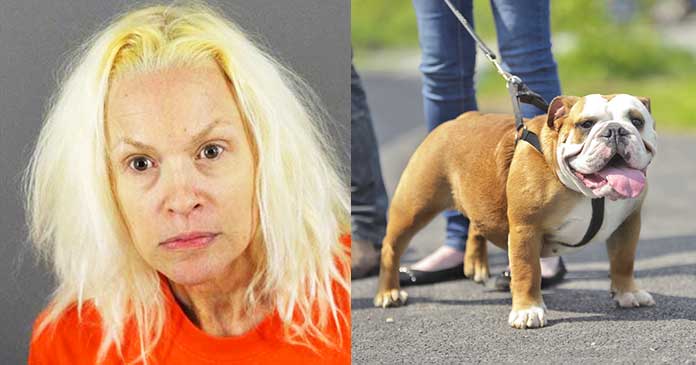 Such news shock us. It actually makes us question whether we are human beings or devils. At times devils will show some love and compassion for the voiceless and defenseless. But humans are humans without any humanity.

They actually put humanity to shame with their action. But still, we have the law for the creatures who can not defend themselves. Such people should be caught and given punishment.

Here is an incident in which a woman responsible for killing her parents’ puppy is finally given imprisonment.  She is going to jail for her cruel treatment. The story is like this that Rebecca Schroederus is a 48-year-old woman from Brookfield, Wisconsin.

She took her parents’ dog that is a 5-month-old English bulldog named Dolly for a walk. But what she did was quite shocking, she was seen dragging the dog across the lawn and the neighbors were in real shock. They tried to intervene but Schroederus said that she was not doing anything wrong.

She declined anything done to the dog by her. But footage showed the woman dragging the puppy off a curb. That was enough to hurt the poor baby and she succumbed to her injuries. The woman was charged with mistreatment of animals.

The Waukesha County Circuit Court sentenced the woman to jail for one year with two years of supervision and four years of probation in which she will not be allowed to care for animals. That’s really awful. How could one be so cruel to the animals? People like her deserve to be life imprisonment in jail. what do you think about this?