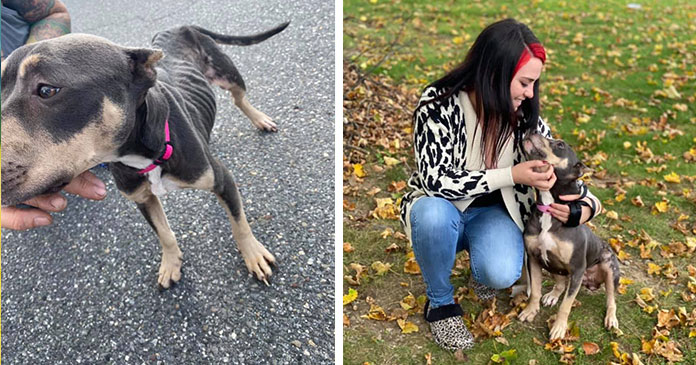 Sometimes some animals suffer a lot and that too at the hands of their owners. They are left to fend for themselves with no food and water.

One such poor creature was this pit bull who was locked in the attic of an abandoned home. But thanks to one kind woman, this poor dog is given a second chance.

The woman named Jami Lassel got a call from her sister in law who was cleaning a vacant house in Carbon County, Pennsylvania. They found a pit bull locked in the attic in terrible condition. 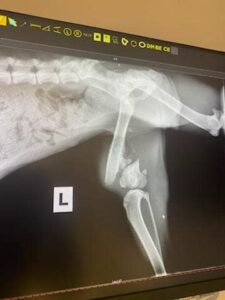 Jami said that they informed her that the dog was just bones and skin. When she arrived, she found the dog was having fleas, mange, and some gruesome injuries.

It was not known how long she had been there. She had no food, no water and there were feces and urine all over the place. Her back leg was broken. Though the leg healed itself, yet the kneecap was not connected and a bone grew behind it.

The dog might have tried to escape so the dog suffered some injuries as well. She had a broken tooth from trying to chew the walls to get out and also some extreme separation anxiety. Jami decided to look after the dog and named her Remi. The dog suffered a lot still she was very friendly and sweet. 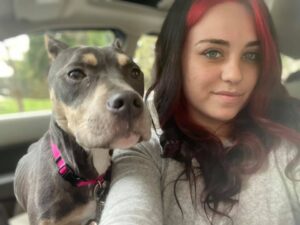 Jami said that she was the most loving dog she had ever met. Remi had adjusted well in the house and she got along well with her other dogs and her young children.

As Remi suffered a lot, so she needed urgent medical attention and her vet bills started adding up. To help pay for her bills, Jami started a GoFundMe account and people came to her help.

So far the page has surpassed its fundraising goals of $5,000. It is great as now the dog will receive proper treatment.

Thank you Jami for rescuing Remi and changing her life.