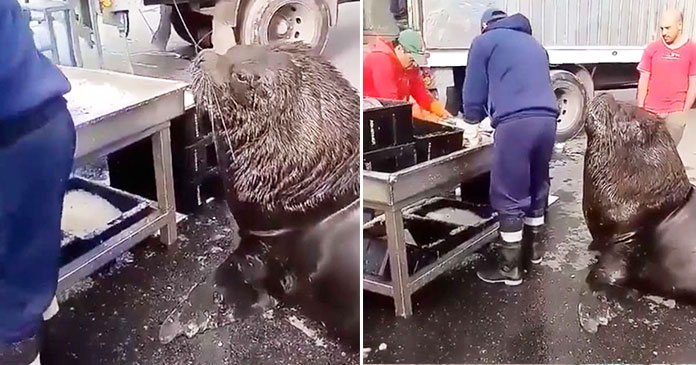 We often find the best and smart ways to reach our goals. It is suggested that if we act politely and do not hurt anyone, then there are chances that we can achieve more.

This is perfect for this sea lion. This lion instead of working hard to catch the fish does the smart work. He waggles around the fish market to ask for his snack. The important thing is his behavior, he acts in a very polite manner and tries not to disturb anyone at the market. 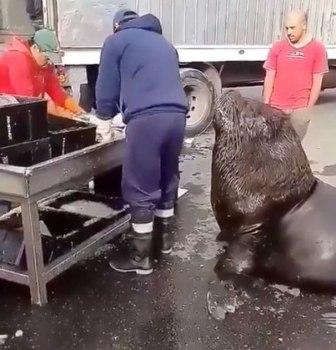 How well mannered the huge animals can be! This sea lion is a perfect example of that. Though it might be very hard for him to hide his excitement when he sees all the fish in front of him yet he keeps his cool. He patiently waited so that the working men may get some time to feed him.

He is very blessed in this matter as his tries do not go in vain. He used to get a big treat. After all who can say not to such an obedient animal?

He spends his time wandering around the market to ask for fish. These cute and adorable moments were captured and shared on the internet and it had won millions of views.

Earlier the good boy used to catch his fish but when he saw the men working in the fish market, he changed his tactic. He made up his mind to pay a visit to the market to ask for the fish. And he got what he wanted. People are really very nice to the giant sea lion.

Really he is very cute and it is very difficult to get over his cuteness. watch video