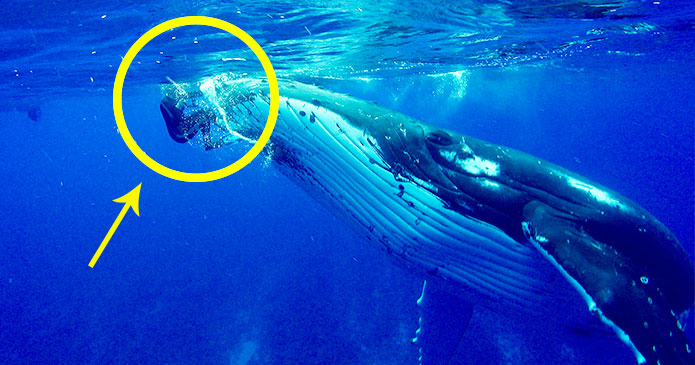 Marine biologist Nan Hauser had spent 28 years underwater with whales and had never experienced what experienced in the Cook Islands. It was a different experience for her.

She found it quite different how a humpback whale behaved with her. The whale nudged her with its head, bumped her with its belly. The whale seemed to play with her like a toy. Playing with an animal is always fun but if the animal is a giant 50,000-pound whale then it’s something serious.

Though Nan had been long into swimming, she has never experienced a whale to be this touchy-feely. The whale was trying to throw Nan on its head and back. It also wanted to keep her under its pectoral fin.

This thing happened for ten minutes but she kept her cool and calm. She knew that at any moment the whale is going to break her bones and she even felt that she will not survive. Then the whale left her and allowed her to return to her research vessel.

It was only afterward that she saw a long tiger shark and the whale was trying to protect her. Her team had recorded the whole incident on camera. The whale was not playing with her, but she was trying to save her.
Nan later came to know about the presence of another humpback whale who was trying to keep the shark away.

Before the whale went away, it threw some water from its blowhole. Nan believed that it was saying goodbye to her and Nan responded by saying ‘Love you too’.