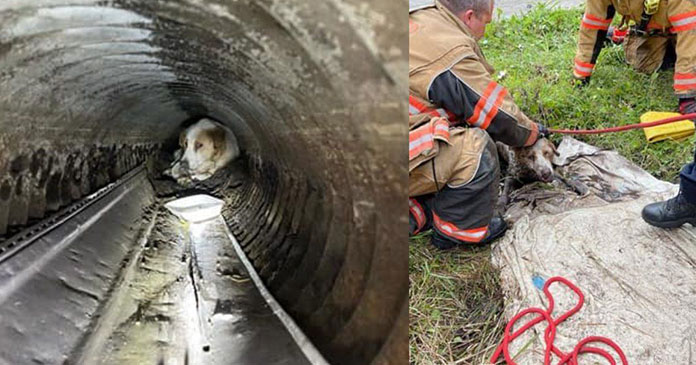 Rescue stories of animals that end successfully always make one happy and satisfied. Everyone loves a happy ending so it does not matter what has happened in between. After all ‘All’s well that ends well.

The fire rescue member said that they got a call from the parent that their visually impaired and deaf dog went outside the house and was missing. They later found it in a drainage pipe and called for help.

Engine 14, Squad 4, and USAR 4 came and located the dog at the center of the drainage pipe.  It took 2 hours for the crew to free the dog. The dog was frightened and tired but it did not receive any injury. He was elated when he was united with his family.

Ever since this post was shared on Facebook, people are thanking the firefighters for their efforts. They are being hailed as heroes.Thank you to all of you who were engaged in the rescue of the dog. You all deserve praise and appreciation.