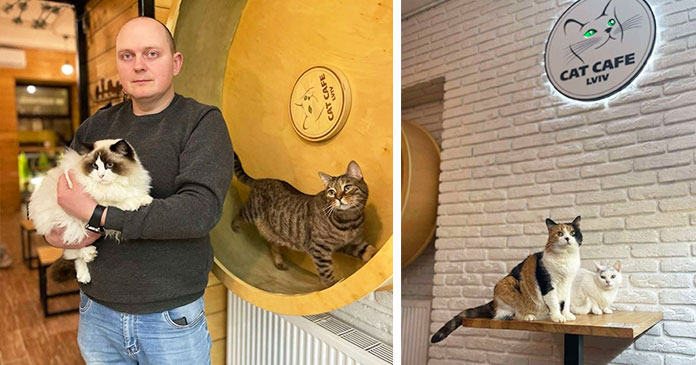 There is sadness all around thinking about the Russian invasion of Ukraine. But still, Ukrainian people are inspiring everyone with their inspiring stories of resistance.

One such story of courage is related to Cat Café which is still opened and the owners have refused to close it and leave their cats behind.

This cat café is in Lviv and is owned by Serhii Oliinyk. The café is run with a small staff of friends and 20 cats. The visitors come to these cats and spend time with them while having a relaxing drink. 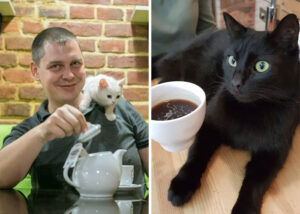 Oliinyk said that the cats had also got used to those people who helped to take care of them and play with them when there were few guests as cats love people’s attention.

Cat Café is one of the businesses which is open even though the city has been rattled by an invasion of Russian forces and many Ukrainian have left the place.

They did not want to leave their cats behind in these trying times and continue to work. They were keeping the normal business hours and donating 20% to the Ukrainian army. 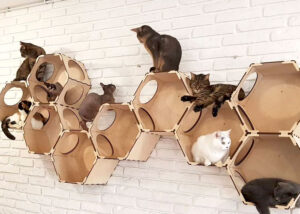 These types of stories where people refused to run away and continue to work despite the risk involved are symbolic ways of defending one’s way of life.

The main purpose to keep the café open is to protect their beloved cats. It is very difficult to evacuate animals across borders and moreover, the cats have been in the café since they were kittens so that is the only life they know.

According to Oliinyk, the cats are like family. In case of emergency, they have a basement and they can take shelter there. Oliinyk says that they have very few customers and those who come for hot food and positive emotions.

The Cats Café has become a symbol of hope and positivity for people in Ukraine. According to CNN’s Erin Burnett, she saw a family who left the country and was delighted by one of the café’s cats who was walking on a wheel. 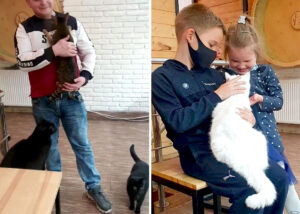 They have inspired the people so much that they received donations and in turn, they have been donating to help the Ukrainian army.

We are grateful to the owners of the Cat Café as they are not leaving the country and staying for the cats. We pray for peace in Ukraine.