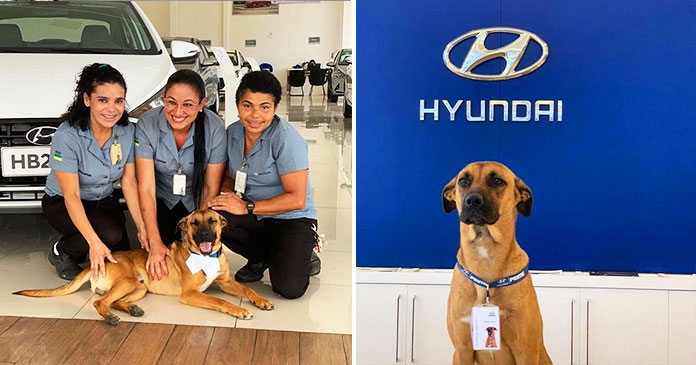 Persistence is the key to success and it is well proved by the puppy. The stray puppy became an internet sensation after his story went viral. He has become an inspiration to everyone.

The dog started visiting a car dealership in Brazil. At first, the employees thought that the poor pup might be hungry so they fed him some food and thought that he would leave. 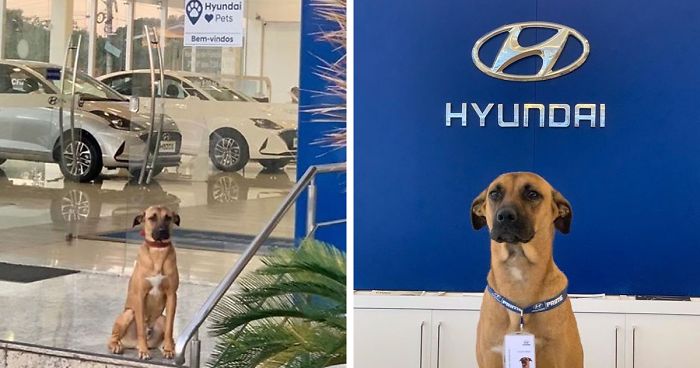 But the dog has other plans, he kept visiting the place and eventually won everybody’s heart. They fell in love after the dog greeted all the employees and found him very friendly.

One day it was raining very heavily and the showroom manager saw the poor puppy sitting out in the rain. He felt pity for the poor dog and decided to help him by offering him a roof over his head. The dog was invited inside the showroom and he gave him some food. After that, he never left it. 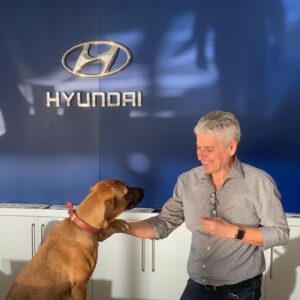 The friendly and lovable pup was soon attached to everyone. The manager thought of giving him the shelter forever and thought that it would be nice to have a mascot. After that, the dog would have a permanent home. The dog was adopted and named Tuscon Prime.

According to manager Emerson Mariano, the company had always been pet friendly and they decided to embrace the idea in practice too, having their own pet precisely at a more complicated time when there are so many abandoned animals. 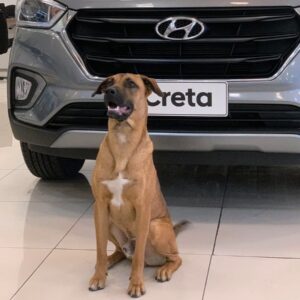 Tucson made a big impact with customers and they adored him for this. The dog has its own badge at the car dealership and a forever home. He became a crucial part of the team. He even became very popular on Instagram with over 135,000 followers.

Really we appreciate Tucson for its initiative.