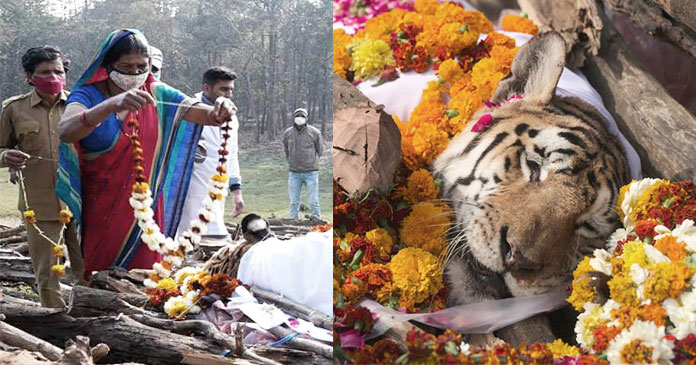 The legendary “Supermom” tigress passed away and her funeral pictures are quite heartbreaking Sometimes some animals become very special and they die, they are missed by everyone.

Such was ‘Supermom’ tigress which was lovingly called Collarwali. The department of Forest in the central Indian State of Madhya Pradesh expressed their condolences for T15.

The tigress was given a fitting funeral service and a string of photos were released by the Department of Forest. In the pictures, the tigress can be seen lying on a funeral pyre.

The animal was covered in a white sheet and decorated with colorful flower garlands. The tigress was officially called T15 and she was famous not only in the state but also throughout the country. 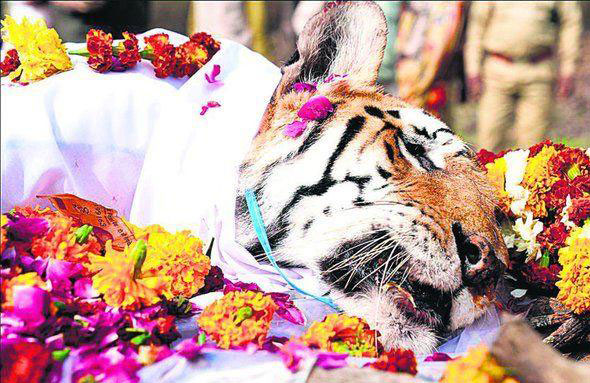 She was called a ‘Supermom’ as she mothered dozens of tiger cubs. Her funeral was attended by many key officials like Forest Minister Dr. Kunwar Vijay Shah. The funeral was held at the Tiger reserve in Pench National Park. The death of the tigress was mourned by wildlife lovers living in the area.

The Chief Minister of the state also joined to pay his tribute to the tigress. In the statement, the tigress is paid them tribute by calling her Super Tigress Mom who played an important role in getting the status of Tiger State for the state. The forests of Madhya Pradesh will always resonate with the roar of the cubs of the ‘Queen’ of the Pench Tiger.

The tigress died of natural causes at the age of 16 and a half. Between 2008 and 2016, she gave birth to around 29 cubs. She made an unforgettable contribution in increasing the family of tigers in Pench. The Indian government has been working to preserve the tigers. 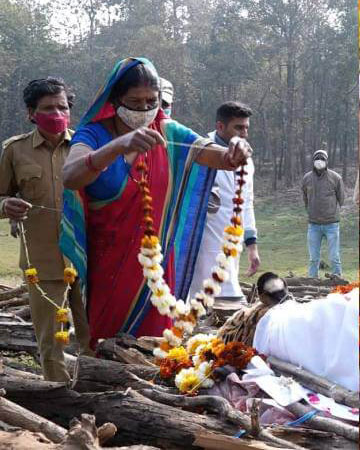 They started the Project Tiger in 1973 and they attained great success. The population of tigers stabilized but it is still classified as a Red list endangered species by the International Union for conservation of nature. 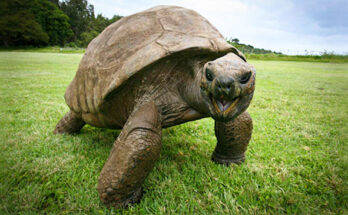 This is Jonathan the oldest known land animal in the world