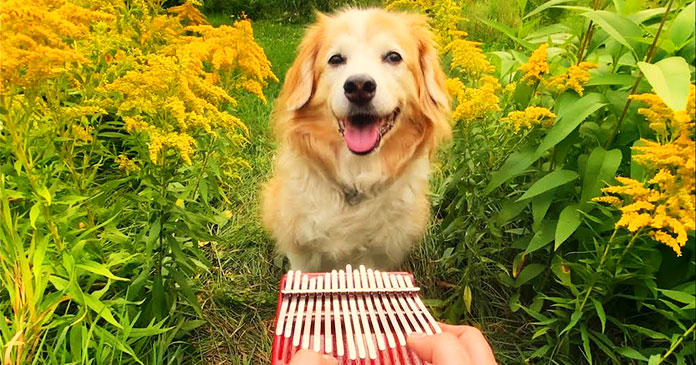 Death of a dog leaves a void that is very difficult to be filled when that dog was a special part of your life. It is a heartbreaking experience for the parent of the dog.

Here is one dog named Maple who was her owner’s best friend as well as the biggest fan. She was part of many YouTube videos sometimes playing along or just admiring the music with her parent. These two had delighted people all over the world. 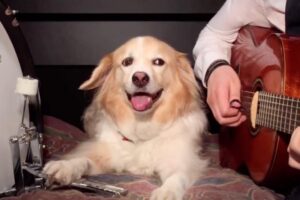 Recently Maple passed away but not before her owner played her off with one final, beautiful song. The name of her parent is Trench who is a musician known on social media as Acoustic Trench. He frequently uploads his videos performing a cover of songs. They are very impressive but one thing that made them unique was the presence of his dog, Maple.

She played the drums for Trench’s covers of “Take On Me” by a-Ha and “Enter Sandman” by Metallica. When Maple wasn’t playing any instruments, she was chilling in Trench’s cover videos and enjoying the music. One of their most-watched videos is Trench’s kalimba cover of “Can’t Help Falling in Love,” with over 30 million views on YouTube. 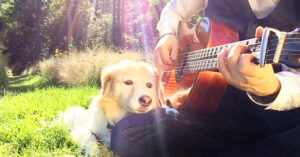 Maple was adopted 12 years back from a rescue shelter by Trench and since then they had been inseparable. Trench shares his experience of meeting her for the first time when she jumped into his arms with a smiling face full of love. According to Trench, they went on so many adventures together and she was always there for him with her unconditional love.

Maple was Trench’s biggest fan and she was always there in his videos. Music played a great role in her life as it soothed and comforted her especially when she was anxious during thunderstorms and fireworks. According to Trench, she used to keep her head on his lap and he used to play guitar to make her fall asleep.

It is not like she was only fond of listening to music, she was very talented as she was actually seen playing along with her own instrument in many viral videos.