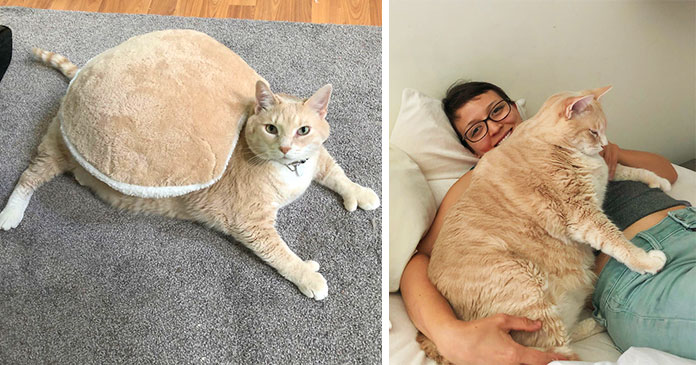 Obesity in animals is also a serious problem. It happens when there is excessive food intake or a lack of physical exercise. Overfeeding may lead to obesity in pets. It actually leads to many serious problems in pets.

This couple named Mike Wilson and his girlfriend Megan Hanneman wanted to adopt a new kitten. For this purpose, they went to the local Humane Society. At first look, they were attracted to this gentle giant named Bronson. They met him and immediately decided to adopt him. 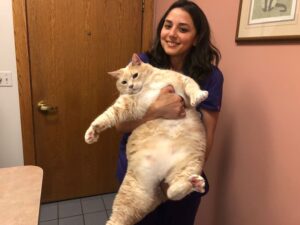 Bronson’s previous owner passed away and at that time he was 33 pounds and 3 years old. The couple doubted that his past owner was an elderly person who may have been feeding him table scraps.

When they brought Bronson home, the main thing that they were worried about was his overweight. The important thing is to make him lose weight, else he will get Fatty Liver Disease which can cause fatal illness.

In order to make him lose the extra weight, they changed his diet three times. They even changed his exercise routine a few times. 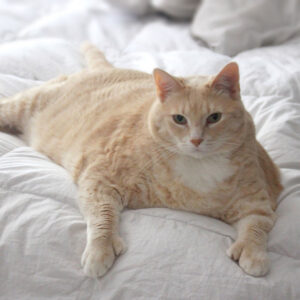 He used to play with his toys for 20 minutes. He was brought downstairs so that he could climb back up to get to his favorite napping spot. The cat was very loving and sweet.

Bronson was the sweetest cat the couple had met. He was very happy to be home and wanted to get a big space for himself. On his Instagram, Bronson has over 30000 followers and they follow him on his weight loss journey. People are happy to share their views on feline weight loss. 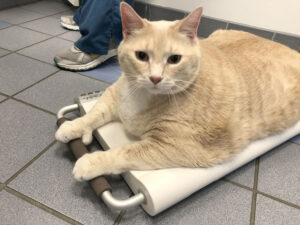 So far Bronson has lost 1.6 pounds and he is on his way to a healthy life. His goal is to reduce one pound per month.

We wish that Bronson should be able to achieve his goal and become healthy.