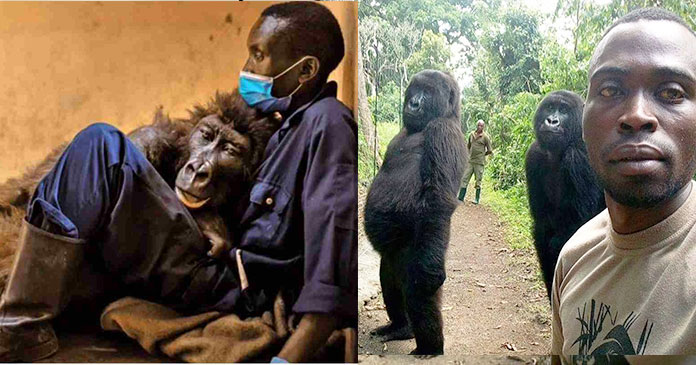 Sometimes animals share a very unique relationship with human beings. They become very close to them. Some animals due for some reason are orphaned and had to rely on the kindness shown by their human friends.

There are many people who devote their lives to the care of animals and act like their parents in the absence of their real parents.

The trust and faith the animals have in their caretaker were shown by one of the videos which became viral showing two orphaned gorillas posing for a selfie with one of their rescuers.

It is sad that one of the gorillas recently died and there is another photo that shows that her bond with the human friend lasted till the very end. 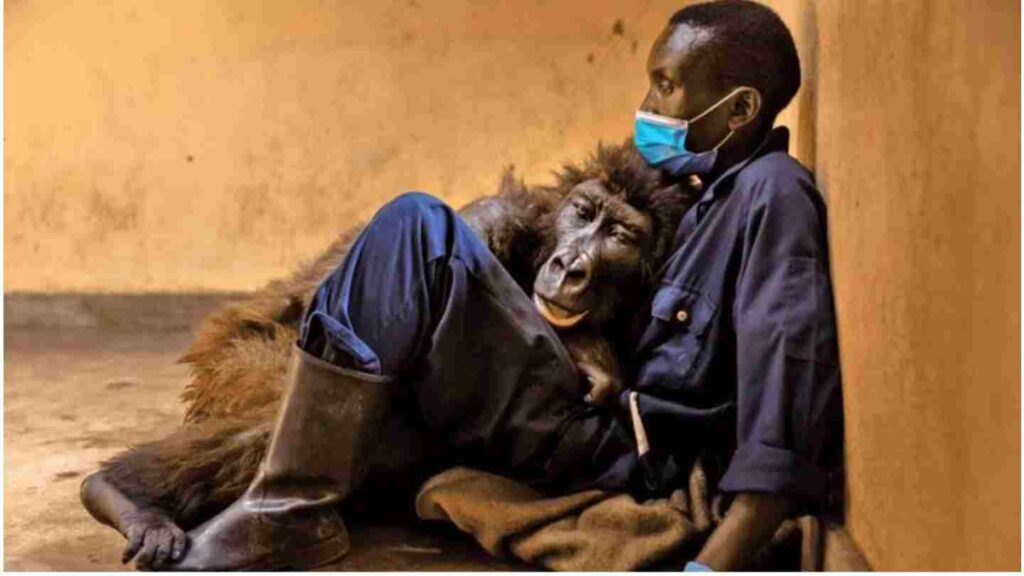 These gorillas were living in Virunga National Park in the Democratic Republic of Congo and this park is dedicated to protecting local wildlife which includes a population of endangered mountain gorillas which under threat due to illegal poaching.

In 2007, the park rangers rescued a two-month-old baby gorilla that was clinging to the lifeless body of her mother. The mother was shot by an armed militia.

The baby gorilla was orphaned and took her to the park where ranger Andre Bauma formed an instant connection as he held the baby close to him providing the baby warmth and comfort.

The baby Ndakasi started settling into a happy life at the park and shared a close bond with another orphaned gorilla named Ndeze and her caretakers.

They became very close and their bond was clearly visible in the viral selfie showing Ndakasi and Ndeze standing upright with their caretaker Mathieu Shamavu.

The photo went viral and many people even questioned whether it was real or not. This picture showcased the relationship between these gorillas and their human caretakers. 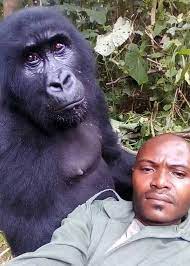 Mathieu said that he was still close to them and they felt good. Sadly, Ndakasi passed away after a prolonged illness. But one more photo is making the round which showed that she was not alone at the time of her death.

She was in the arms of her lifelong friend Andre Bauma who was the same ranger who held her when she was an orphan many years ago.

According to Andre, it was a privilege to support and care for such a loving creature and he further added that it was Ndakasi’s sweet nature and intelligence that helped him understand the connection between humans and great apes.

He further said that he loved Ndakasi as his child and he was proud to have her. Her cheerful personality brought a smile to his face.

The park says that her selfie has spread a positive message about gorillas and their carers. Rest in peace Ndakasi. You will be missed a lot by your carers.