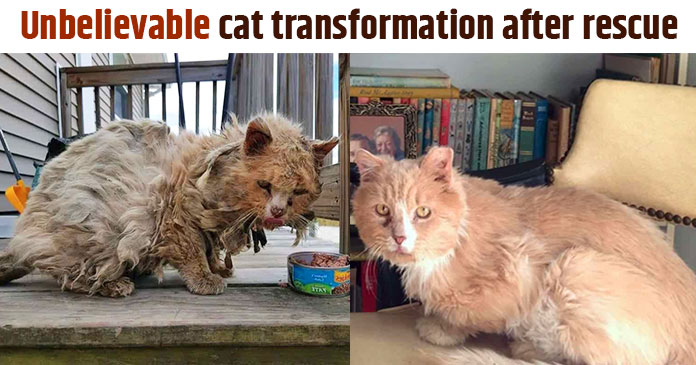 Even when they are rescued, there are very few chances that they can be adopted. Shelter houses are also not ready to keep them as they are not ready to face the challenges required to look after such special animals.

The stray cat Frisbee was somewhat lucky in this matter. When the cat was rescued by the Lowell TNR Coalition, it was covered in Dirt due to its wandering for so many days on the streets. 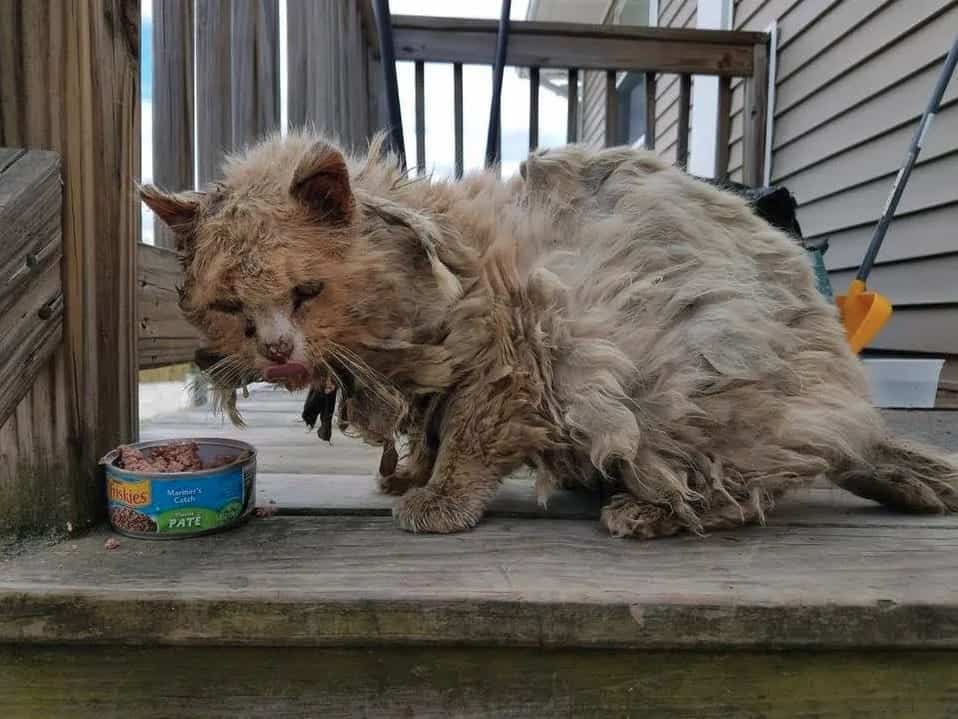 Though the cat was saved yet his life was far from normal. But Merrimack River Feline Rescue Society in Salisbury Massachusetts had kindly taken the charge to look after him.

At that time, the cat was 10 years old. Looking at the filthy appearance of the cat, one could make out how much the cat had suffered in the streets. After giving food to the poor cat, the next thing, they did was to shave off his tangled coat which took many hours.

But that was not the end of the problems. His half teeth were missing and others had to be removed. He had a very big stomatitis infection in his mouth which required lifelong treatment. 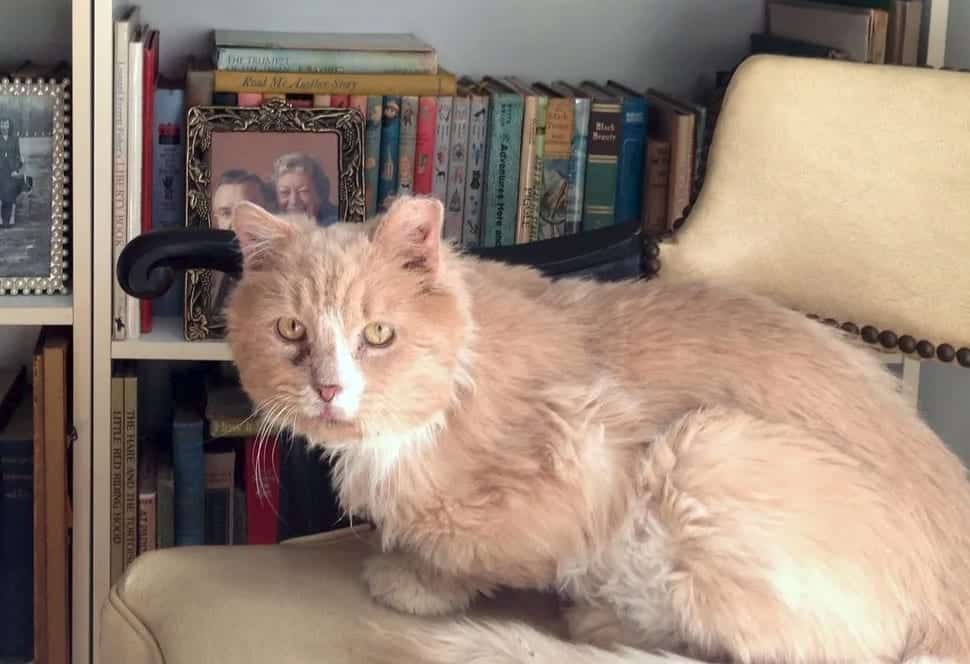 The miserable cat also tested positive for FIV which was another reason for the cat not to be kept by any shelter but MRFRS didn’t do that and Frisbee stayed with them for months to overcome these health issues.

After some time, the cat became healthy and was ready for adoption. For his new parent Donna Atkins, it was love at first sight and the cat felt content being a house cat. All this transformation came in the cat only due to MRFRS.

His new parent Donna had done a great job by adopting him, and now the cat lives a great and happy life.